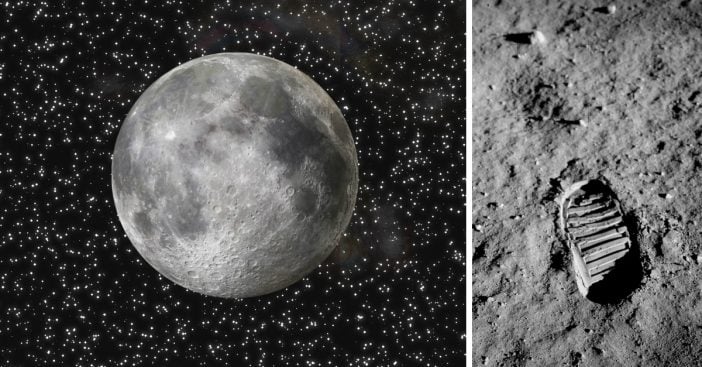 The moon can be mysterious, beautiful and interesting. The moon is about 239,000 miles from Earth and many of us are in awe of it as it changes from night to night. There have been many myths about the moon and sometimes true facts are even crazier.

Here are some amazing facts about the moon.

1. There’s trash on the moon

Humans trash a lot of things, including the moon. There is 200 tons of trash left on the moon! Most of it is space junk but some of it was left behind by astronauts. Some trash on the moon includes satellites, rockets, cameras, golf balls, backpacks, and even the ashes of a dead scientist.

2. The moon may disappear one day

Every year, the moon’s orbit moves four centimeters away from Earth. It doesn’t seem like much, but over time the moon will be farther and farther away. If the Earth is around long enough, the moon could disappear.

3. There are new footprints on the moon

Despite the fact that humans haven’t been on the moon in over 40 years, there are still fresh footprints on the moon’s surface. What does that mean? The footprints are actually still those same human footprints from years ago. There is no wind or water on the moon so these tracks can last millions of years unless they are removed.

If you have a hard time sleeping during a full moon, you’re not crazy. A study in Switzerland showed that you may experience less deep sleep and have a harder time falling asleep during the full moon. Research suggests that the bright light of a full moon could affect your internal body clock, making it harder to fall asleep.

The moon can turn a creepy shade of red and it really freaked people out. But, the blood moon isn’t any kind of paranormal event. It just happens when the Earth casts an orange-red shadow on the moon’s surface. Nothing to be afraid of, but it sure looks cool!

Just like earthquakes on Earth, the moon experiences moonquakes from time to time. Moonquakes can happen when meteorites strike or when the lunar crust warms and expands. They aren’t normally as intense as earthquakes but they can last much longer.

7. The moon has its own time zone

Did you learn anything new about the moon? What is your favorite fact? If you enjoyed this article, please SHARE with your friends who always say, “Look at the moon!”