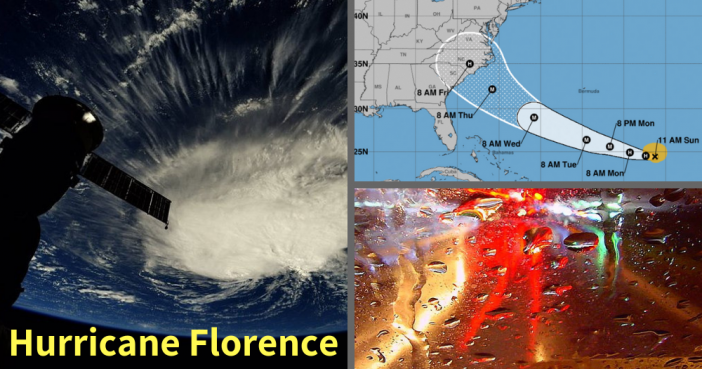 While the weather is not our primary focus at DoYouRemember, we care greatly for our readers and have put together some important information about Hurricane Florence and overall hurricane readiness. According to Weather.Gov  The best time to prepare for a hurricane is before hurricane season begins on June 1. It is vital to understand your home’s vulnerability to storm surge, flooding, and wind.

Here are some updates from The National Hurricane Center detailing the transformation from a tropical storm to its current hurricane status:

Here are the 11 AM EDT Key Messages for Hurricane #Florence. There is an increasing risk of life-threatening hazards from storm surge and heavy rainfall from the Carolinas into the mid-Atlantic region later this week https://t.co/tW4KeGdBFb pic.twitter.com/cAQTyasGE9

The most recent update coming from the National Hurricane Center includes state-level resources:

We will continue to update this story as new information becomes available. The DoYouRemember team sends its prayers out to all who are potentially in harm’s way. Please stay vigilant and share this story with anyone you may know who is in the path of this tremendous storm.