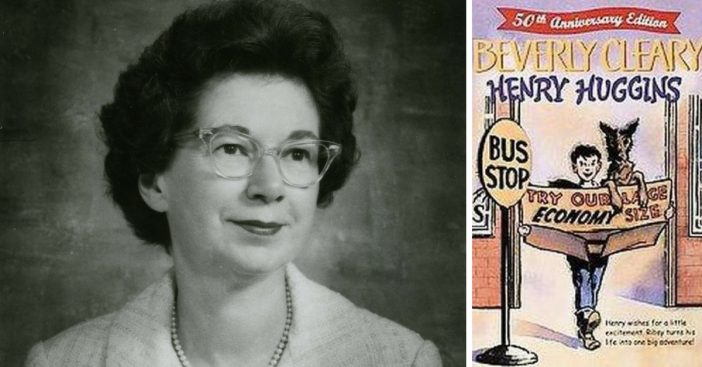 Legendary author of the Ramona series, Beverly Cleary, has died at the age of 104. HarperCollins posted a statement confirming the sad news.

“We are saddened by the passing of Beverly Cleary, one of the most beloved children’s authors of all time. Looking back, she’d often say, ‘I’ve had a lucky life,’ and generations of children count themselves lucky too—lucky to have the very real characters Beverly Cleary created, including Henry Huggins, Ramona and Beezus Quimby, and Ralph S. Mouse, as true friends who helped shape their growing-up years,” says Suzanne Murphy, president and publisher of HarperCollins Children’s Books.

Author Beverly Cleary has passed away

Beverly Cleary was born on April 12, 1916, in McMinnville, Oregon. In her early years, she had trouble reading and was put in a special reading group. Later on, she attended college to become a children’s librarian. She earned an English degree and later a library science degree.

RELATED: 13 Forgotten Book Covers From Your Childhood That You’ll Immediately Remember On Sight

After working as a librarian, Beverly became a full-time writer for children in 1942. When she worked as a children’s librarian, she empathized with the children who had a hard time finding books with characters that they identified with.

Beverly’s first book was Henry Huggins in 1950 and was the first set of books about Henry, his dog Ribsy, his friend Beezus, and her sister Ramona. She based the characters on kids she knew growing up and children she met while working at a library.

Beverly later focused on books about Beezus and Ramona Quimby starting in 1955. She also wrote two memoirs called “A Girl from Yamhill” and “My Own Two Feet.” Beverly stopped writing books around 1999. She was about 83 years old at that time.

Her books have also been turned into films

Beverly’s books are critically acclaimed because of their attention to childhood and the experience of growing up in a middle-class household. Her books have been called relevant, youthful, and funny satire in a respectful way.

There was a television show in Canada based on her books called Ramona and a movie in 2010 called Ramona and Beezus, starring Selena Gomez and Joey King. She also won several awards for her literature including Laura Ingalls Wilder Award from the American Library Association, the Newbery Medal, and the National Book Award. There is even a Beverly Cleary Hall at the University of California, Berkeley where she attended.

She is survived by her children, who are also twins, Malcolm and Marianne. She was married to Clarence Cleary in 1940 until his death in 2004.

Did you read any of her classic books as a child or have you read them to your children or grandchildren? Which series is your favorite?

Click for next Article
Previous article: William Shatner Admits He Was Embarrassed To Turn 90
Next Post: George Clooney Talks The Reality Of Having Twins In His 50s