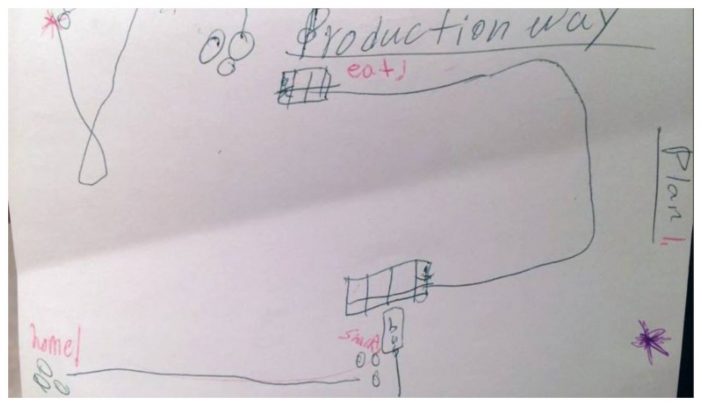 Two girls decided to sneak out of their sleepover by conducting an escape plan to London. However, their plan was completely tarnished when they were found out at their first bus stop. Thanks to the suspicion of one curious bus driver, authorities were made aware of these two young girls just aimlessly wandering around at midnight.

Once police got involved, they quickly reunited the girls with their very concerned parents. There’s no confirmation as to why these girls decided to run away to London, but what we do know is that they were in the Vancouver area. They also made a detailed, hand-written/drawn plan for their escape.

.@TransitPolice say 2 young girls are safe thanks to a bus driver who thought it was odd the pair boarded the bus just before midnight while wearing their pyjamas and holding a hand-drawn map. Police say the 10 and 12-year-old were having a sleepover when they snuck out pic.twitter.com/zZfqcLNgZq

The story first broke when the Metro Vancouver Transit Police Department posted about it on their Facebook page. “See something out of the ordinary on your bus? Let Transit Police know! Transit Operator Ed Boleak did exactly that on Monday night when two pajama-clad children, ages 10 and 12, boarded his bus in Burnaby just before midnight. Ed contacted Transit Police, and Cst. Cho and Cst. Cantera arrived to pick up the children and bring them home to their anxious parents,” the post read.

A @TransLink Transit Operator alerted Transit Police to two pajama-clad, adventure-seeking children on his bus in the middle of the night. Constables Cho and Cantera successfully reunited them with their parents. Story: https://t.co/v6hLCUNvn7 pic.twitter.com/4F1q7PRZL3

Following the opening statement, apparently the girls just wanted to go on an ‘adventure’, but because of their ages (10 and 12) they just didn’t know any better. “Unfortunately they didn’t realize how much potential danger they were putting themselves in, or the distress they were causing their parents. Luckily, Ed took the time to call for help when something didn’t seem right,” the post continues.

A man by the name of Ed Boleak, the bus driver who originally spotted the two girls, was the one who alerted police about the situation. Many people have taken to social media to commend the bus driver for his smart thinking.

Many are also theorizing if the girls were actually planning on getting to London and what their first plan of action was upon arriving there.

Maybe eventually. I suspect their first goal was "eats".

Despite the fascinating story of adventure these two girls embarked on, or attempted to, it’s always recommended to say something if you see something suspicious or out of place!

Don't forget, if you See Something, Say Something! Text the @TransitPolice at 87-77-77 ^LA https://t.co/pgQYJQmzE8

Be sure to SHARE this article if you thought this was an interesting story!