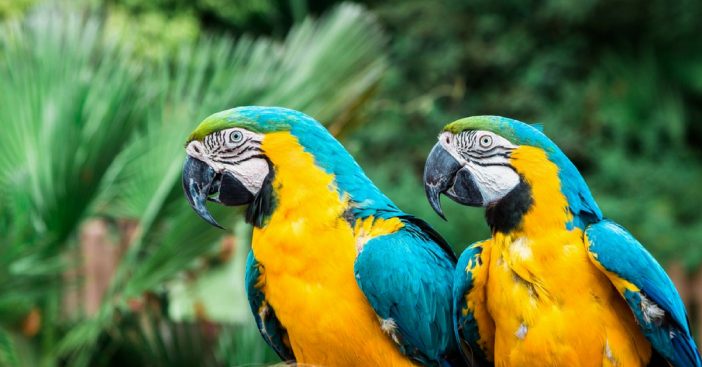 Do you find it weird when parrots talk to you? Have you ever wondered why some animals can speak and some cannot? It seems pretty impressive. Just like humans, some animals are actually vocal learners. This means that they can hear sounds and they are able to learn to imitate sounds too.

Humans are obviously able to do this from a young age, but some animals that can do this as well are parrots, songbirds, dolphins and even beluga whales. Other surprising animals that can talk or imitate noises are Bengal cats, Siberian Huskies, orangutans, and elephants.

Are you surprised to learn that these animals can imitate sounds? For example, researchers have found that orangutans can copy different tones and pitches from humans. If you talk to a trained orangutan in a low voice, they may respond in the same low voice. They also learn to keep making sounds when they get attention from humans.

So, why are certain animals able to speak or make these sounds? The region of an animal’s brain that lets them imitate speech is the forebrain. The brain circuits in the forebrain can help these animals learn new sounds and then use their vocal muscles to make the sounds they learn.

If an animal can’t talk or learn sounds that means that they don’t have those special circuits. For animals that can talk, they often develop these skills when they are around humans. They don’t really realize what they are saying, but they know it is how humans communicate and they copy us. Think of it as a way they like to fit in.

Most of us are most familiar with parrots because you can have them as pets and teach them new words. However, as funny and entertaining as this can be, it could also get annoying if they decide to keep imitating the same word over and over.

Have you ever had an animal that could talk? What did it normally say or imitate? Did you know all of those animals could talk in their own way?

If you found this article interesting, please SHARE with your friends, especially if they are animal lovers!

Previous article: The CDC Issued A Zika Virus Guideline That Will Affect Your Travel Plans
Next Post: The Sons Of John Lennon And Paul McCartney ‘Come Together’ For A Picture