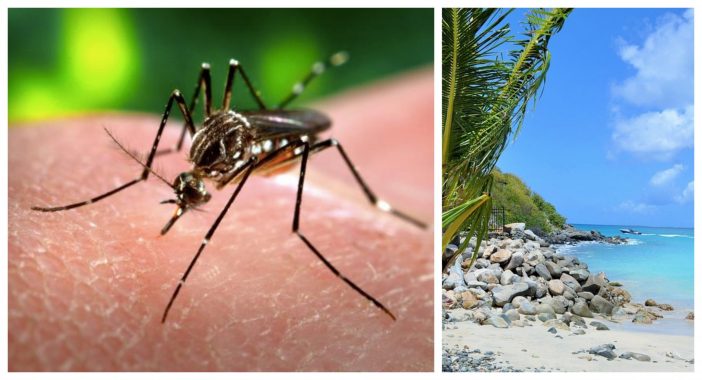 The Zika virus is no joke, guys. We all know the Zika virus as a nasty mosquito-borne illness, but there’s so much more to it concerning your sex life and traveling life. Following this guideline could help halt the Zika epidemic and prevent it from being spread.

Did you know that Zika is a sexually-transmitted disease and can cause not only flu-like symptoms, but even paralysis? Zika can also be transmitted from an expecting mother to its fetus, causing the baby to be born with visible birth defects. To avoid spreading the virus, The Centers for Disease Control and Prevention recommends men wait at least three months to have unprotected sex and women should wait two months. Pregnant women should also avoid traveling to affected areas.

“The CDC has been continuously reviewing evidence in published literature based on emerging data, which suggests the most likely time for men to transmit the virus sexually is in the first month or two after infection,” says Dr. Peggy Honein, M.D., director of congenital and developmental disorders. “There is so much we still don’t understand about exactly how [transmission] occurs,” she adds, stating that research shows that Zika has been found in semen for up to 69 days, and could last longer.

Zika can be diagnosed when the host exerting symptoms such as fever, rash, headaches, and muscle and joint pain. This guideline isn’t just for couples having unprotected sex or planning to conceive, it’s designed to help all sexually active adults (and non-sexually active adults) avoid a major and potentially harmful encounter with the Zika virus.

Be sure to SHARE this article to spread awareness about the new CDC Zika Virus guideline and prevent the next Zika outbreak.

Previous article: Are You Carrying Your Baby’s Car Seat The Right Way?
Next Post: Do You Know Why Some Animals Can Talk To You?