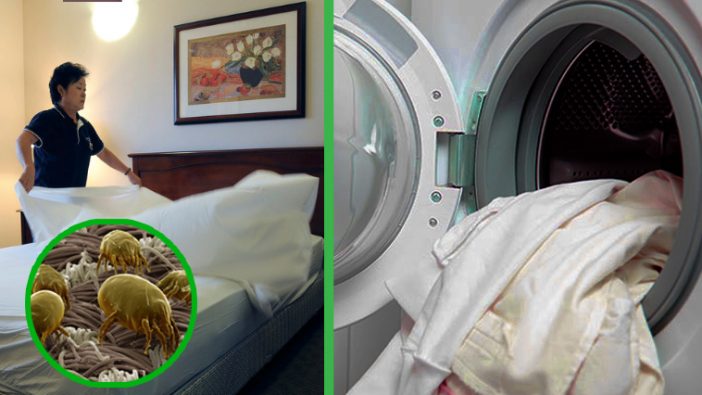 It’s no secret every so often you should throw your bedsheets in the wash and replace them with new, clean sheets. Results from a 2015 study may surprise you as to how often you should be washing them. We originally published this back in 2018, but with the holiday season in full swing, clean bed sheets are a must for your out of town guests(even the inlaws). After all, no one wants to wake up with bed bugs. Dirty sheets are the perfect place for harboring those nasty critters.

How Often You Should Wash Bed Sheets

A 2015 study assessed the level of fungal contamination in bedding revealed between 4 and 17 different species of fungus(eww). They conducted this study with both feather and synthetic pillows ranging from one and a half to twenty years old. Tierno says that the number of bacteria and other types of debris that can accumulate in such a short time on our bedding should be a cause for concern when we leave our sheets for too long.