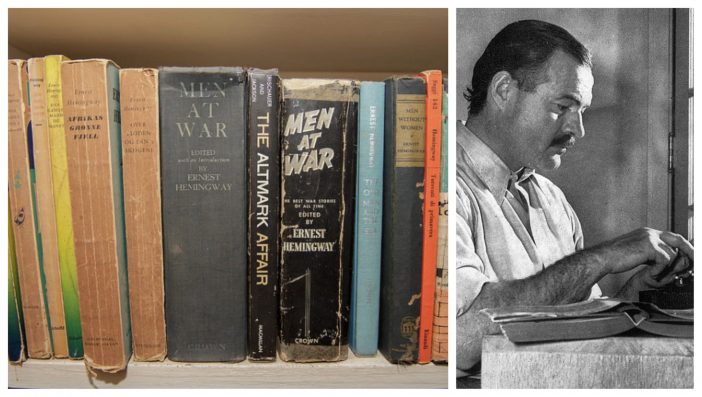 Ernest Hemingway, the author of several works including novels and short stories, just got a new story published 62 years after it was written. His short story A Room on the Garden Side has just appeared in print for the first time, according to PBS.

Despite Hemingway’s death in 1961, this work, in particular, was never lost. It was actually submitted to be published in 1956, the same year he wrote it, in a batch of pieces in which the only one of those stories were published. This piece ended up preserved at the John F. Kennedy Presidential Library and Museum in Boston.

“A Room on the Garden Side” is a 3,000-word prose and written completely by hand on fifteen sheets of paper. It was written during the era of Hemingway’s life when he lived in Paris during World War II as a reporter and unofficial soldier. The story’s plot centers around a group of French resistance firefighters drinking at The Ritz and recalling their war days. It takes place after the liberation of Paris.

Many parallels can be noted between the main narrator, Robert, and Hemingway himself. Hemingway actually helped take back The Ritz during the liberation of Paris! According to Fortune, Hemingway has many other unpublished works such as A Moveable Feast, The Garden of Eden, and The Dangerous Summer.

The Hemingway estate was particularly protective of the author and the writer’s unpublished works. According to the New York Times, Andrew F. Gulli, the managing editor of The Strand Magazine where this story was originally published, asked permission to publish “A Room on the Garden Side”.

“It would be easy to create a small collection of unpublished works and sell a ton of copies, but they’ve been so successful with the Hemingway brand by selectively knowing when and how to publish these little gems,” Gulli said about the selectivity of the estate.

Apparently, after writing the unpublished story, Hemingway told a friend that he’d be better off not publishing anything else and that it would be, “Simpler to leave stuff for when I am dead.”

Issue 55 of The Strand Magazine offers Hemingway’s story, A Room on the Garden Side, for only $10.

Be sure to SHARE this article if you’re excited about Hemingway’s newest published story!

Previous article: This Inspiring 92-Year-Old Doctor Has Been In The Practice For 60+ Years
Next Post: 6 Of The Strangest Things People Have Actually Tried To Steal