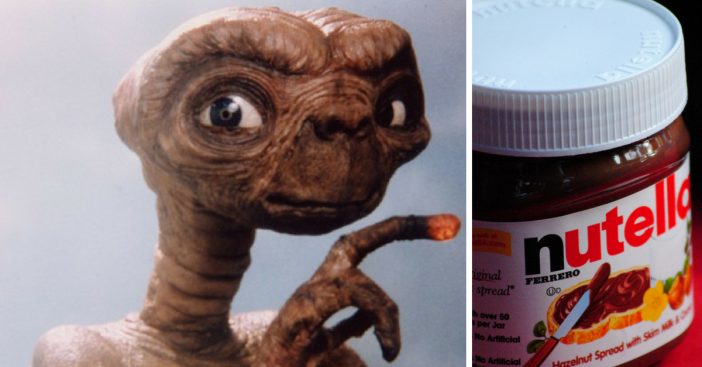 There are always people who will try to steal things. Many kleptomaniacs go for smaller items like candy or chips, or larger things like jewelry or cars. However, there are some other strange people out there who want to steal really strange things.

Here is a list of some of the funniest things people have tried to steal or have actually stolen. Can you believe these people actually thought they’d get away with stealing these things?

Most of us love that chocolate hazelnut spread called Nutella, but one person loved it so much they stole five tons of it. All that Nutella was stolen from a parked truck trailer in Germany last year. It was estimated at $18,000 and 6,875 jars.

There is a traveling Body Worlds exhibit and when it was in Auckland, New Zealand, someone stole two dead toes from a cadaver in the exhibit. They were actually recovered and are worth $5,500. Ew!

Yes, someone tried to steal a glacier. A Chilean entrepreneur stole five tons of ice from Patagonia in 2012. He planned to sell them as “designer” ice cubes. How weird is that?

In 2016, three tanks of bull semen were stolen in California. Apparently, this bull semen belonged to the top 1 percent (based on genetics) of the bull industry. It was worth around $50,000.

Thomas Stoltz Harvey was the pathologist who performed Albert Einstein’s autopsy. When he was performing the autopsy, he decided to remove and keep Einstein’s brain. He claimed he wanted it for scientific research and kept it in a Mason jar in a cooler for many years. Now you can see part of Einstein’s brain in the Mutter Museum in Philadelphia.

A home in England was broken into and many things were stolen. However, the owner, Margaret Wells, wasn’t upset about anything except the life-size E.T. model her daughter made for her. Interestingly enough, one year later it was found floating on the coast.

If you enjoyed this article, please SHARE with your friends! It is guaranteed to give them a giggle or two.

Previous article: Ernest Hemingway’s Newest Story Was Published 62 Years After It Was Written
Next Post: 10 Strange Victorian Treatments From ‘The First Merck Manual Of Diagnosis And Therapy’