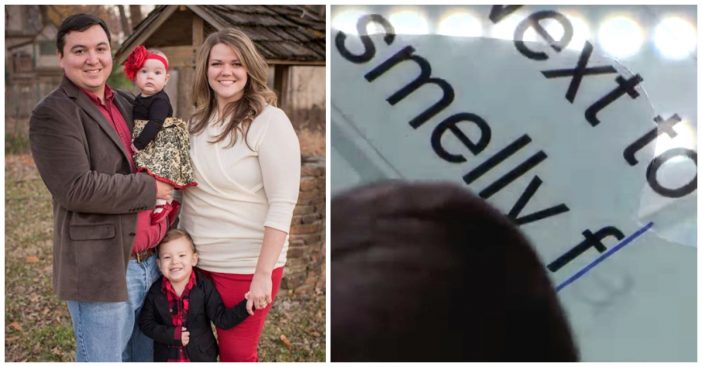 For those who are a little bigger, it can be especially more difficult and frustrating to sit comfortably on an airplane. A mother named Savannah Phillips recently wrote a public Facebook post about all of her body insecurity fears being brought to life by one stranger on a plane.

Savannah described the situation in full detail, and it has such a wonderful ending it could bring tears to anyone’s eyes. Savannah was assigned to a seat on the plane and she was anxious about this because she usually tries to pick a spot where no one is sitting. According to Savannah, her worst fear is someone being uncomfortable because they’d have to sit so closely to her.

When she got on the airplane, she sat right next to an older man who looked to be in his sixties. Savannah had to pass by the man to get to her seat and when both of them were buckled in, she saw his texts. He was texting someone in huge front, full brightness, explaining that he was sitting next to a “smelly fatty.” Savannah couldn’t help but cry.

Soon after the realization of that text, a stranger named Chase tapped on the man’s shoulder, telling him they were switching seats. Once Chase sat down next to Savannah, he asked her if she had seen those texts. He revealed to her that he, too, had seen the messages and was enraged.

They ended up sitting together, talking about their lives, and Chase gave Savannah the hope in humanity she needed. Go Chase!

What did you think about this story? If you think more people should be like Chase, don’t forget to share this article with your friends!