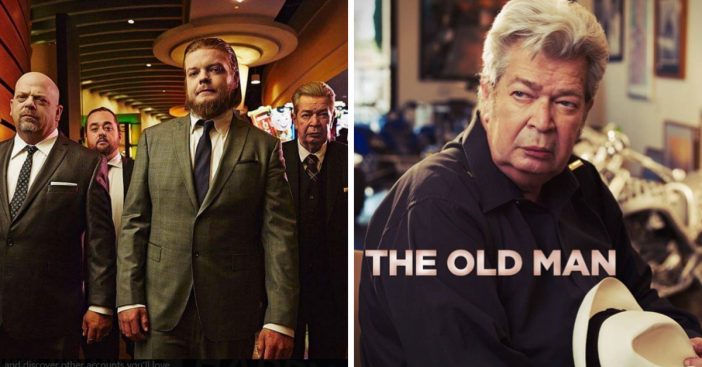 Richard “Old Man” Harrison passed away today, June 25, 2018. He was famous for being an owner of the Gold & Silver Pawn shop in Las Vegas, NV and being on the popular show “Pawn Stars.”

He was known by his family and on the show as simply “Old Man” and was loved by many in the shop and by fans around the world.

Harrison and his son Rick opened the Gold & Silver Pawn shop together in 1989. “Pawn Stars” debuted in July 2009 and became an instant success. It still runs today and is on its 15th season.

“Old Man” often stated that his role on the show was to be an old grump and fans often found his commentary hilarious.

Harrison’s cause of death is currently unclear, however, he hasn’t been seen on the show very often in the last several seasons. It was mentioned in an episode last year that he had retired.

Harrison was also a Navy veteran and his military career was often discussed on the show. We thank him for his service.

We give our greatest condolences to Harrison’s family and all those who knew him. He is survived by his spouse Joanne Rhue and his children Joe, Rick, and Chris. He is also survived by his grandson, Corey, who also works in the shop and stars on the show.

Rest in peace, “Old Man.” If you loved him on “Pawn Stars,” share this article to honor his memory!

Previous article: Mom Cries When Airplane Seat-Mate Calls Her A ‘Smelly Fatty,’ Then Stranger Gets Involved
Next Post: This Guy Figured Out ‘The Price Is Right’ Algorithm And Made Them Change The Whole Show