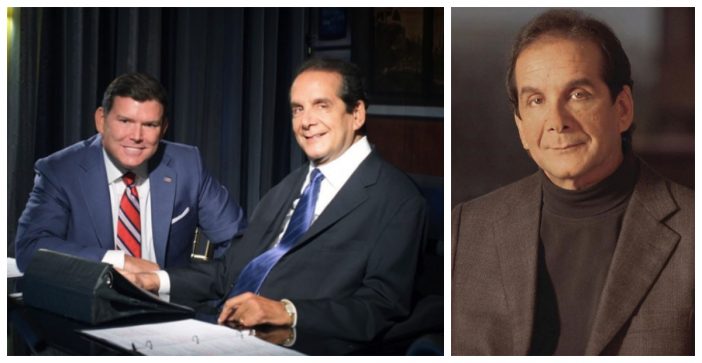 Longtime Fox News contributor and journalist Charles Krauthammer has died at the age of 68. He was known as the dean of conservative commentators.

His death was expected when Krauthammer shared some devastating news signifying his fate. “I have been uncharacteristically silent these past ten months. I had thought that silence would soon be coming to an end, but I’m afraid I must tell you now that fate has decided on a different course for me… Recent tests have revealed that the cancer has returned. There was no sign of it as recently as a month ago, which means it is aggressive and spreading rapidly. My doctors tell me their best estimate is that I have only a few weeks left to live. This is the final verdict. My fight is over.”

Krauthammer was an exceptional person who everyone knew to be a very wise man. He won the Pulitzer Prize for Commentary for his Washington Post columns in 1987 and the National Magazine Award for his work at The New Republic in 1984. He was also a New York Times bestseller.

He is remembered for being a respectful, mild-mannered person when delivering his views. This is believed to be so because of his background in psychiatry and analysis of human behavior.

Krauthammer spent most of his life in a wheelchair when he endured a life-changing accident in his 20’s. In a 2013 Fox News special, he recalled the day that changed his life forever. “We go for a swim, we take a few dives and I hit my head on the bottom of the pool,” he said. “The amazing thing is there was not even a cut on my head. It just hit at precisely the angle where all the force was transmitted to one spot…the cervical vertebrae which severed the spinal cord.”

After his accident, Krauthammer triumphed ahead, continued with his studies, and pursued his dreams. He was a Fox News contributor for nearly a decade.

Krauthammer’s ultimate defeat was a battle with cancer after removing a tumor from his abdomen that had unfortunately returned. He is survived by his wife, Robyn, and his son, Daniel.

Rest in peace, Charles. You will be dearly missed. Please share this article to honor Charles’ legacy!