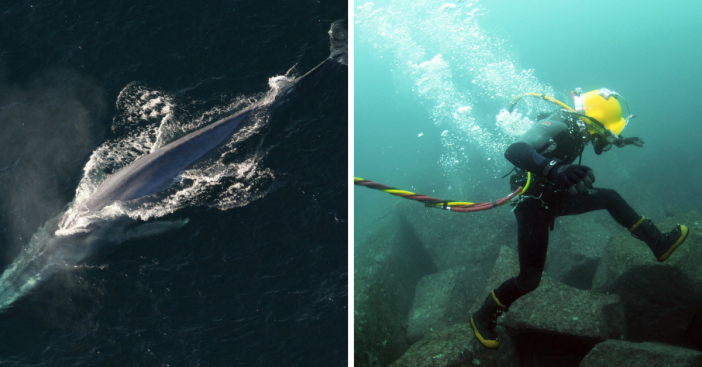 Whether you love the ocean or are terrified of it, you can’t help but recognize how amazing it can be. There is so much going on under the water’s surface that even the most world-renowned scientists can’t explain some of it.

Here are some of the top phenomena of the ocean that scientists cannot explain:

Did you know that 77% of the Earth’s surface is below the ocean? It is also true that a whopping 95% remains unexplored. There is just so much going on near the ocean floor and it is so vast that scientists have not been able to uncover most of it.

There is a giant squid that has been in mythical tales for many years. Turns out there really is a giant squid in the ocean but very little is known about this creature. It was first photographed alive in 2004 and an underwater video was first captured in 2012. Scientists don’t even know how large giant squids can get with absolute certainty.

Another creature scientists have not been able to learn much about is the blue whale. The blue whale is the largest animal on Earth. Due to whale hunting and slow reproduction, they are nearly extinct and hard to study. We hope that scientists will be able to learn more about these magnificent creatures one day and that they continue to exist.

Immortal jellyfish are said to be smaller than your pinky nail and very smart at avoiding death. They revert back to a polyp stage when threatened and scientists still aren’t sure how they are able to do this. Could these little creatures help humans fight disease?

Are you interested in the ocean and all of its wondrous mysteries? If you enjoyed this article, don’t forget to share it with a friend!

Previous article: Deadliest Catch’ Star Keith Colburn Won’t Return This Season Due To A Serious Health Problem
Next Post: A Look Back At The Top 10 Billboard Year-End Hit Songs Of 1965