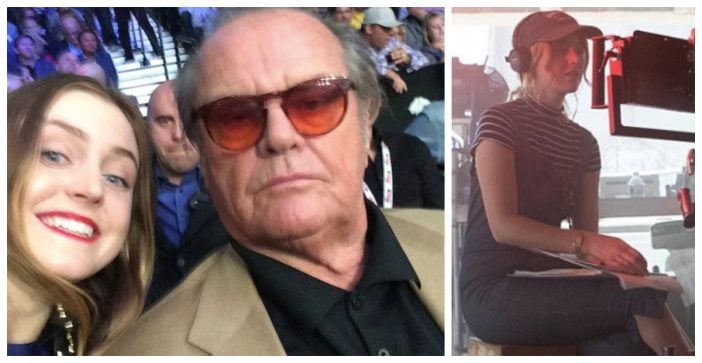 Actor, Jack Nicholson, is well-known for the movies he’s been in, including The Cry Baby Killer and Easy Rider. He has five children who have all dabbled in film, and his daughter, Lorraine Nicholson, is no exception!

The now 28-year-old is an established actress and filmmaker, landing her first role at only age 13. She starred as an extra in her father’s movie called Something’s Gotta Give.

Probably one of Lorraine’s most notable roles was that of young Samantha Newman in the Adam Sandler-led comedy film Click. The movie itself did exceptionally well and sparked a big break for Nicholson.

Lorraine’s first major film role was in the movie Soul Surfer, which came out in 2011. She played the best friend of world famous surfer, Bethany Hamilton, who in real life had her arm bitten off by a shark.

Nicholson graduated from Brown University with a degree in literary arts, with the idea in mind to become a screenwriter. 2013 began her journey to becoming an established and successful film director.

In 2013, Lorraine wrote, produced, and directed The Instant Message. The film was followed with This Magic Moment, which she also directed and wrote herself. Both movies were short films. Arguably her most successful short film was Life Boat (2017), a teen drama that was deemed a hit at the Tribeca Film Festival.

She hasn’t given up acting quite yet though! In 2016, she appeared in the film Anonymous, where she played a hacker. She aims to be consistent in both her on-camera and off-camera projects.

In addition to a primarily film-based career, Lorraine has dabbled in some music as well. She has collaborated with artists like K.Flay and Lil Buck.

It’s evident that Lorraine has inherited her father’s talent genes, and continues to create impressive content for the world to see.

Do you love Jack or Lorraine Nicholson’s work? Be sure to SHARE this article if you do!

RELATED: Jack Nicholson’s Son Looks Identical To Him When He Was Young

Click for next Article
Previous article: Willie Nelson Reveals His Secret To Regularly Performing At 87 Years Old
Next Post: This Bike And Stroller Hybrid Might Just Be The Most Genius Invention For Parents