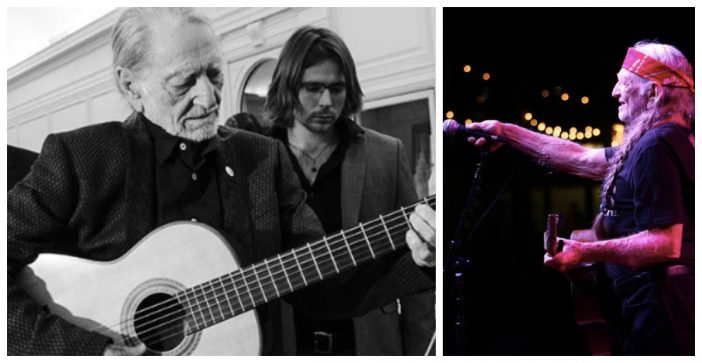 Artists and bands hope to have a career as long and as prosperous as Willie Nelson’s. At 87 years old, Nelson is still performing to this day and many wonder how he does it. Nelson recently opened up in an interview with AARP The Magazine about what keeps him on the road at his age.

Willie Nelson officially has his 67th studio album under his belt and plans to keep on performing regularly. How does he do it? He says, “You’ve gotta want it. And when you get it you got to still want it.”

Willie Nelson was only 6 years old when he learned how to play his first guitar. It was all uphill from there as he credited the positive thinking he did to get to where he is.

“A negative thought will kill you. So if you’re even thinking negative you’ve got to change that first,” Nelson said in the interview. Nelson also states that in the midst of his positive thinking, he was too stubborn to listen to anybody else.

He claims that it was his headstrong personality and following his gut instinct that got him to where he is today. He trusted himself even when others thought he was making the wrong decision.

Willie Nelson reveals that his headstrong demeanor has not changed much. It’s been a part of his strong personality for decades and it continues to lead him in the right direction.

“I don’t do what I don’t want to do, but if I want to do it, get out of the goddamn way because I’m going to do it! And I suggest everyone have an attitude similar,” Nelson says humorously. We definitely can’t disagree with his positive, go-getter attitude!

Check out Willie Nelson’s upcoming tour dates on his website. And read the full interview here.

What do you think about Willie Nelson’s secret to regularly performing at 87 years old? SHARE your thoughts, and share this article with a friend, too!

RELATED: Willie Nelson’s Son Is All Grown Up And Following In His Dad’s Footsteps