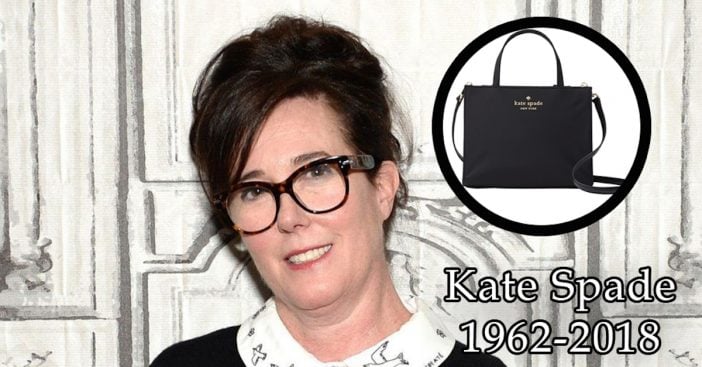 Kate Spade, the iconic fashion designer, has passed away at age 55.

The designer and businesswoman was found deceased in her New York City apartment on June 5, 2018, reports TMZ. Kate reportedly died of an apparent suicide.

Kate Spade was born Katherine Noel Brosnahan on December 24, 1962 in Kansas City, Missouri. After graduating from university with a journalism degree, Kate began working at Mademoiselle magazine in Manhattan.

In 1993, Kate and Andy Spade launched “Kate Spade handbags.” They originally focused on handbags, but eventually expanded to sell other goods, like jewelry, clothing, accessories, eyewear, gifts, and more.

Over the years, the “Kate Spade” company has been owned by many other companies. As of 2017, the brand belongs to Coach, Inc.

Previous article: 6 Weeks Before His Death, Elvis Gave The Performance Of A Lifetime Singing ‘Unchained Melody’
Next Post: 4 Celebrity Couples Give Their Tips On How To Make Love (And Relationships) Last