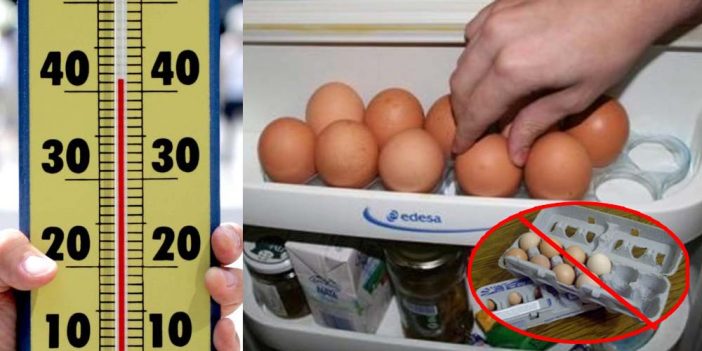 The coating is like a little safety vest for the egg, keeping water and oxygen in and bad bacteria out. Washing can damage that layer and “increase the chances of bacterial invasion” into pores or hairline cracks in the shell, according to Yi Chen, a food scientist at Purdue University. So we spray eggs with oil to prevent bacteria from getting in and refrigerate them to keep microorganisms at bay.

Why go to the trouble of washing eggs? A lot of it has to do with fear of salmonella.

“It just sort of seeped into our culture that chickens are dirty, or crawling with bacteria,” says Ruhlman. (The Salt stumbled into this when our post started a #chickens*$!storm.)

Salmonella enteritidis can infect a chicken’s ovaries, contaminating a yolk before the shell firms up around it. Cooking usually kills the bacteria before they can harm you; still, eggs contaminated with salmonella are responsible for about 142,000 illnesses a year in the U.S., according to the Food and Drug Administration.

“They’re different approaches to basically achieve the same result,” says Vincent Guyonnet, a poultry veterinarian and scientific adviser to the International Egg Commission. “We don’t have massive [food safety] issues on either side of the Atlantic. Both methods seem to work.”

The important thing, he says, is to be consistent.

“Once you start refrigeration, you have to have it through the whole value chain, from farm to store. Because if you stop — if the eggs are cold and you put them in a warm environment — they’re going to start sweating,” says Guyonnet.

No one wants sweaty eggs. They can get moldy. Another perk of consistent refrigeration is shelf life: It jumps from about 21 days to almost 50 days.

In a lot of countries, constant refrigeration just isn’t possible because it’s simply too costly.

“Some of the countries cannot afford cold storage during the whole supply chain,” says Chen.

And as for why the U.S. and Europe developed such different attitudes about washing, it’s also hard to tease apart how much is about safety versus egg aesthetics.

“In North America, we like to have everything super clean. So they probably initiated the washing of the egg very early on,” leading down the refrigeration path, says Guyonnet.

But in a lot of places, “a dirty egg with poop on it is no big deal. You brush it off when you get home,” says Guyonnet, who was raised in France and now lives in Canada.