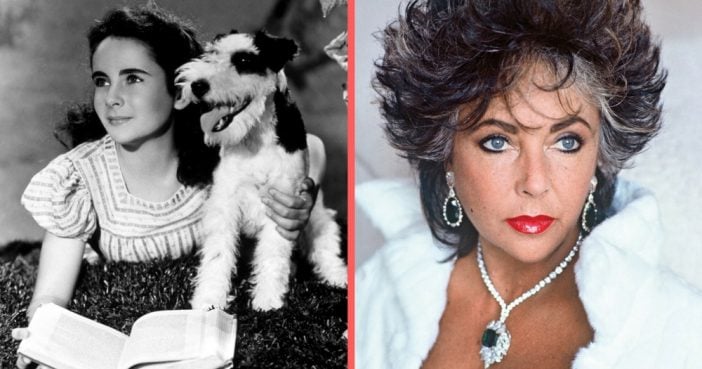 Dame Elizabeth Rosemond Taylor, DBE was a British-American actress, businesswoman, and humanitarian. She began her career as a child actress in the early 1940s, and was one of the most popular stars of classical Hollywood cinema in the 1950s. She continued her career successfully into the 1960s and remained a well-known public figure for the rest of her life. In 1999, the American Film Institute named her the seventh-greatest female screen legend.

Throughout her life, Taylor’s personal affairs were subject to constant media attention. She was married eight times to seven men, endured serious illnesses, and led a jet-set lifestyle, including assembling one of the most expensive private collections of jewelry. Additionally, Taylor wasn’t the first star to launch her own fragrance, but she was certainly the most successful one. Her debut scent, 1987’s Passion, was an instant bestseller; White Diamonds, launched in 1991, remains among the most popular today. You might know that, but we’ve found 10 surprising tidbits about Elizabeth Taylor’s decades in fragrance.

Here are some fun facts you may not have known about her.

1. She Was the First Most Paid Actress

Elizabeth Taylor was the first actress that was ever paid $1,000,000 for a role. She was paid this amount for her acting as Cleopatra, in the same called 1963 movie. During this time, the salary of President J.F. Kennedy was $150,000, while the highest paid American business executive’s salary was $650,000. However, her salary grew even bigger! She was also paid $1 million for her next movies, with the highest paid being “The Flinstones” in 1994 – Elizabeth earned $2,5 million dollars for this. Even though she was paid less than a million for her acting in the 80’s, Elizabeth kept on making a fortune that today is estimated at $210 million according to Forbes.

2. She Had the Most Expensive Jewelry Collection

Some of the most famous pieces from her collection are 33.19-carat Krupp Diamond, the 69.42-carat Taylor – Burton Diamond and the 50 – carat La Peregrina Pearl. Her third husband Mike Todd gave her a diamond tiara that she first wore at the Academy Awards in 1957, but she was also seen swimming in the pool with it as well. He also gave her Cartier diamond and ruby set. Her other husband Richard Burton also gifted her with much expensive jewelry just because “it was a beautiful day” or “let’s go for a walk” day. Her husbands kept on gifting her with madly expensive earrings, necklaces, brooches and bracelets and she herself as well contributed to making a collection of 1,778 pieces of jewelry that were sold for more than $150 million at Christie’s Action after Elizabeth’s death.

3. She Had Eight Marriages

Elizabeth Taylor was first married when she was just 18 to Conrad “Nicky” Hilton, Jr in 1950, but they got divorced next year due to the alcoholism and abusive behavior of Hilton. Shortly after, in 1952 she married British actor Michael Wilding and they were married for four years and then got divorced in 1956. A few months later, she married famous producer Mike Todd and they were together until his death two years later. She then married singer Eddie Fisher who was already married when these two met and had to divorce, which resulted in Taylor being called as “homewrecker”. In 1964 she got divorced from Fisher and then married her co-star, Richard Burton, with whom was together until 1974 when they divorced, but got married again 1975 and then got divorced again 1976. She married her sixth husband John Warner in 1976 and her seventh husband Larry Fortensky in 1991 and got divorced in 1996.

One of the things that made this actress so irresistible and unique was the fact that she had gorgeous eyes! Her eyes were dark blue, but they contained a certain amount of melanin that sometimes made them appear a little bit purple. But, her eyes were far from being all purple! However, Elizabeth was often seen wearing purple or blue clothes or makeup to bring out the color of her eyes. She also had natural double eyelashes, which made it impossible not to admire her eyes. No wonder why they are the most searched eyes on Google with 325,000 searches every year!

5. She’s Been On the Cover of People Magazine for 14 Times

Like every other celebrity, it was natural for Elizabeth to appear as the cover girl of many magazines through her career. But, what makes her stand out from the crowd is that she was on the cover of People Magazine for 14 times, which makes her the second celebrity with such number of solo covers, with Princess Diana being the first. She was also on the cover of Life Magazine for 14 times, making her the only actress with that number of covers of the magazine. Elizabeth was the cover girl of about 1000 magazines during her lifetime.