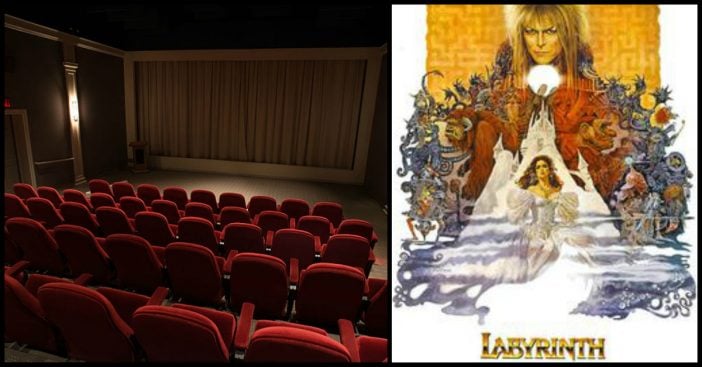 Fans of Labyrinth, rejoice! The incredible movie is returning to theaters for a select three days this spring. According to Fathom Events, the film will be back in theaters on April 29, May 1, and May 2.

Starring David Bowie and Jennifer Connelly, Labyrinth tells the story of a teen girl on a quest to save her infant brother, who she wished away to the Goblin King. Although Labyrinth was considered a commercial failure, it had some good critical reviews. Today, the film is a cult classic, and it has fans all over the world.

There is no puppeteer more well-known in the U.S. than Jim Henson. You might know him for creating the Muppets or for his work on Sesame Street. Even though he passed away in 1990, Jim Henson is still highly regarded as one of the most incredible artists of his time.

Labyrinth was Jim Henson’s last feature film before he died, and it’s seen great success since his death. Aside from Bowie and Connelly, the rest of the characters in the film were played by puppets created in Jim Henson’s Creature Shop.

30 years ago today, #Labyrinth was released in the UK & screened for the Royal Family! Read more about the premiere: https://t.co/p4fUf9cTwv pic.twitter.com/3HSBl22sPV

Two of the most impressive puppets in the film are Hoggle and Ludo. Not only are they fascinating characters, they’re also beautiful pieces of artwork.

Obviously, fans of the movie can’t wait for it to return to theaters! Many of them have turned to Twitter to express their enthusiasm.

Watch the trailer for Labyrinth below, and if you love the movie, don’t forget to share this article with your friends!

Previous article: Best Hats Ever Worn At British Royal Weddings
Next Post: These Pictures Definitely Prove Why McDonald’s Is The Most Unpredictable Place