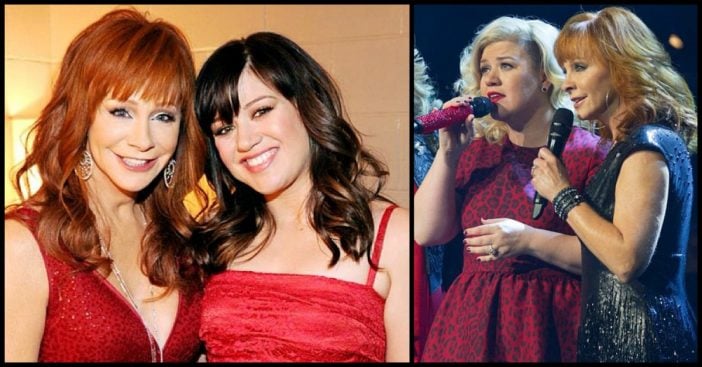 I’ve always considered myself a huge fan of Reba McEntire, and I thought I knew everything there was to know about her personal and professional life. When I found out that she was actually related to pop star Kelly Clarkson, though, I was absolutely shocked. How did I not know that two of my favorite celebrities were in the same family?!

So how exactly are the Queen of Country and Kelly Clarkson related? Let’s break it down.

In 1976, Reba married Charlie Battles, a rancher and steer wrestling champion. Eleven years later, the two called it quits, and they got divorced in 1987.

After her divorce, Reba moved to Nashville to pursue her career. In 1989, she tied the knot with her manager, Narvel Blackstock. Narvel already had three children — Chassidy, Shawna, and Brandon — so Reba became their stepmother.

A year after they got married, Reba and Narvel welcomed their son, Shelby Steven McEntire Blackstock. Even though Shelby is Reba’s only biological child, she is very close with Chassidy, Shawna, and Brandon.

Narvel continued to manage other musical artists throughout his career; one of the musicians he managed was pop star Kelly Clarkson. In 2012, Kelly started dating Narvel’s son, Brandon.

The two got married on October 20, 2013. When Kelly and Brandon tied the knot, Reba became Kelly’s mother-in-law (well, step-mother-in-law)!

Brandon and Kelly have two young children (in addition to Brandon’s two children from a previous marriage) who Reba considers her grandkids. Narvel and Reba called off their marriage in 2015 after 26 years, but Reba is still very connected to the family.

Even before Kelly and Reba became family members, they were huge fans of each other’s music. In fact, they’d even performed together before! In 2007, Reba and Kelly did a duet version of “Because of You,” and a year later they performed together during a North American tour.

Although Kelly and Reba don’t get to spend as much time together as they wish they could, they’ve both been very clear that they have a wonderful relationship.

Plus, the two performed together at this year’s ACM Awards!

Hopefully we’ll see more collaboration between the two stars in the future!

If you love Reba McEntire and Kelly Clarkson, don’t forget to share this article with your friends!