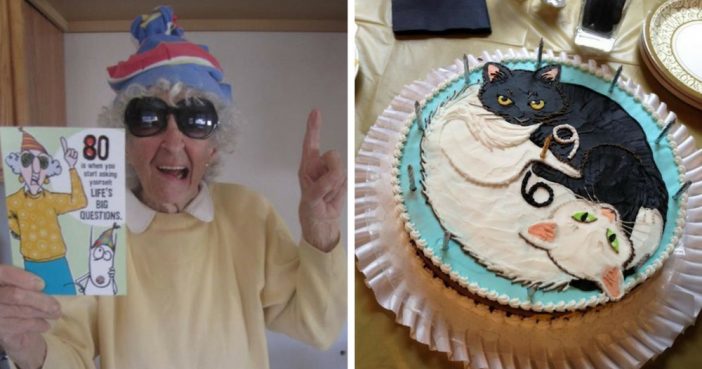 Some people think that once you hit your sixties life gets dull and boring. They think that all you do with your golden years is sit around and play bingo, or garden, or sip lukewarm tea, but boy would they be wrong!

There’s a reason that our retirement years are called the “golden oldies” people finally get to relax and have fun without the stresses of working or raising young children. The older generation is full of some of the funniest, quirkiest people you’ll ever meet because really, what have they got to lose!?

Check out the list below to see some of the best old people you’ll wish you could meet!

1. Neighbors Claim The Speeding Problem On Their Street Has Been Solved After This Grandma Started Using Her Hair Dryer.

2. So It Was My Grandma’s 69th Birthday, I Thought You Might Enjoy The Cake She Made

4. My Grandma Got Bit By A Pelican On The Pier And Then Began To Scold It

5. Grandma Put A Magazine Cut Out Of Leonardo DiCaprio Over Her Late (Not So Nice) Husband’s Face. The 80+ Year Old’s Version Of Photoshop

6. Found On A Grandma’s Camera After A New Year’s Cruise

7. My Grandparents Were Waiting For Each Other At The Mall

9. My Friend Had A Medieval Themed Wedding And Her Grandpa Showed Up Like This