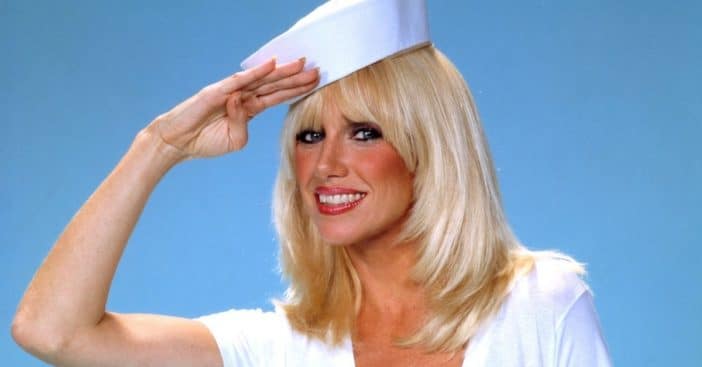 Suzanne Somers has made a very successful career for herself. Best known as an actress in shows such as Three’s Company and Step by Step, she is also a health and fitness guru. She’s very proud of her success and said her proudest accomplishment was entertaining the American troops.

Suzanne entertained the troops in the ’70s and ’80s. She said, “I come from cops, firemen and wardens. Growing up, I realized that serving your country is one of the most fulfilling things in life and I did it by doing TV specials on the USS Ranger Aircraft Carrier and another in Germany at Ramstein Air Force Base. I also took our sexy tap dancers to military bases in Germany and in Korea… Facing armed North Korean guards was unsettling, but I felt safe surrounded by our brave military.”

Her second greatest accomplishment appears to be her longtime marriage to Alan Hamel. They spend all their time together and she said they have not spent one night apart in 40 years! Suzanne said, “We are deeply in love with each other and are constantly kissing and laughing, telling each other how much we love each other. Alan is very tender with me and our Facebook Live shows we do three times a week are real between us. [I have] no idea what we are going to do each time other than drink tequila and cook.”

She added, “We have a strange relationship. We absolutely love being together. The pandemic hasn’t affected us. We’ve spent every minute and not one night apart in 40 years. I know it’s unusual, but it sure works for us. We are one.”