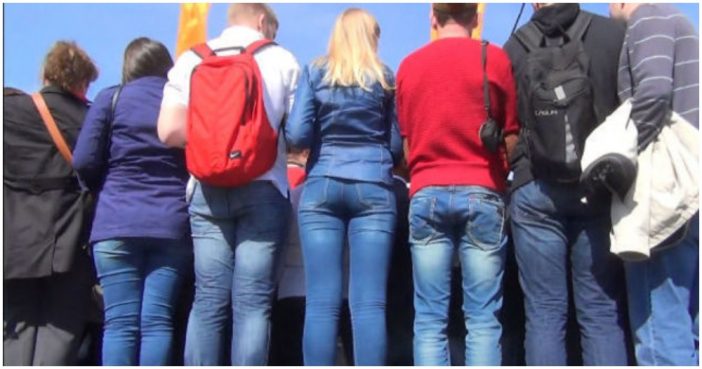 Either you will entirely disbelieve this, or believe it only skeptically. A recent research suggests that wearing jeans after a certain age is really not good for outward appearances. As astounding as it sounds, this study is steeped in statistics and surveys. Fashion advisors have come with this, and you may choose to go your own way, but here is what they have to say.

A survey by CollectPlus in UK aimed to look at the connection between denims and age limit. In order to do so, they surveyed almost 2000 people across the UK. The result of the survey claimed that people 53 or plus should opt out of jeans.

The logic behind the result – older people were hard put to find their best fit. As people get older, trying on and finding “the one” when it comes to jeans, becomes increasingly difficult. This frustrates a lot of people and just wouldn’t be worth it, as per the findings. Trying luck online can have the same effect. Returning an item that does not fit would only end up costing more.

Fashion experts claim that jeans may not suit everyone, especially after a certain age. But hey, wearing what you’re comfortable in is the important bit, right?

Previous article: A Photographer Spends A Decade Photographing Same Bench, Capturing More Than He Expected
Next Post: Man Buys Old School Bus And Transforms It Into A Luxury Tiny Home