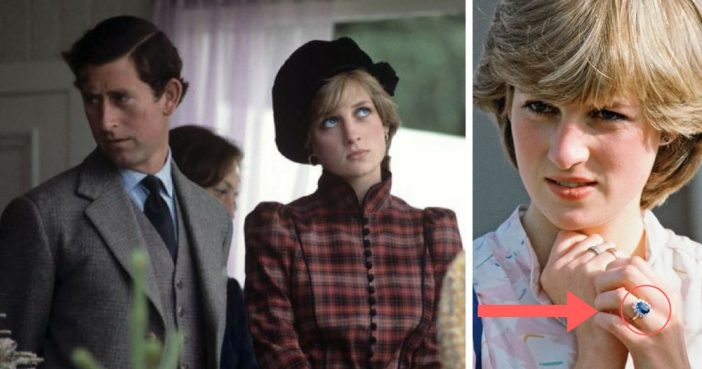 1. She picked her own engagement ring — from a catalog.

Although royal engagement rings are usually custom made, the 19-year-old bride selected hers from the Garrard jewelry collection catalog. Now Duchess Kate Middleton wears the ring, made of 14 solitaire diamonds around a12-carat sapphire set in white gold.

2.She wrote her own vows.

Unlike generations before her, she chose to abandon the royal wedding tradition of saying she would “obey” Prince Charles. Three decades later, William and Kate followed her lead!

The 20-year-old mom took a completely modern, intimate view of child-rearing from the very beginning. She chose her sons’ first names herself and breastfed them as infants. (Charles wanted Arthur for their firstborn, Albert for the second.) And she didn’t follow how Queen Elizabeth II handled Prince Charles’ early years: When Charles was two, his mother flew to Malta to spend Christmas with his father, leaving him with his grandparents. “Diana and Charles bucked the royal trend of separation by taking nine-month-old William, as well as his nanny, with them on the six-week tour to Australia and New Zealand,” royal expert Christopher Warwick said. “William and Harry were very, very fortunate with Diana as a mother because her ideas were so different to the previous generation.”

When she married Prince Charles, Diana gave up working as a nursery school teacher in favor of her royal obligations. But while she maintained her official duties, Diana worked to put parenting before her other commitments. “Inevitably, she left her children with nannies — just as she herself and so many other well-to-do British children have been left — but she tried to arrange her schedule to match the boys’,” Katrine Ames wrote in Newsweek in 1997. “In her official calendar, the princess had all the everyday details of her son’s utterly un-everyday lives marked in green ink.”

5. She sent her boys to school.

At his mother’s insistence, William became the first heir to the throne to attend public school — at Jane Mynor’s nursery school near Kensington Palace. “The decision to have William, 3, develop his finger-painting skills among commoners showed the influence of Diana, Princess of Wales, who had worked in a nursery school herself when she was just a Lady,” George Hackett wrote in Newsweek in 1985.

6. She exposed her kids to a non-royal way of life.

It wasn’t just school where she rebelled against the constraints of royal childhood. Diana took the boys to get hamburgers at McDonald’s, rode the tube and the bus, and let them wear jeans and baseball caps; they white-water rafted and rode bicycles. At Disney, they stood in line like everyone else.

She also took them to hospitals and homeless shelters. “She very much wanted to get us to see the rawness of real life,” William told ABC News’ Katie Couric in 2012. “And I can’t thank her enough for that, ’cause reality bites in a big way, and it was one of the biggest lessons I learned is, just how lucky and privileged so many of us are — particularly myself.”

7. She understood the power of fashion.

No longer “Shy Di”! In 1994, while a documentary about Prince Charles’ infidelity was airing, the leggy Princess Diana donned a clingy rushed minidress for a Serpentine Gallery benefit. The next day, she stole the newspaper headlines with her confident look (one which certainly broke the queen’s dress code!)