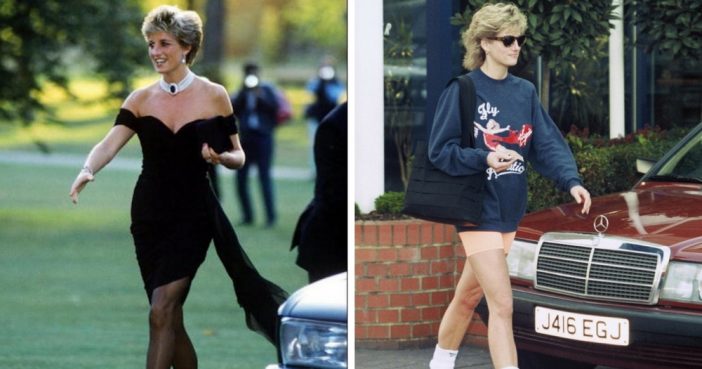 It’s no secret that we here at Little Things love the royal family. From the Queen down to little Princess Charlotte, we just can’t get enough. There’s always been something so glamorous and wonderful about the royals.

Even though some people consider them stuffy, the younger generations are keeping themselves relevant by doing incredible philanthropy work and staying up-to-date on current social issues. When Prince Harry announced his engagement to Meghan Markle at the end of November 2017, we were all thrilled for the happy couple. But there was something strangely upsetting about the news as well: wasn’t Harry just 12, like, yesterday?

It seems like William and Harry were boys a mere few years ago, but now they’re men with their own families. It’s crazy to think about the fact that their mother, Princess Diana, actually passed away 20 years ago. When it comes to royal contributions to the world, one of the most memorable is Princess Diana’s sense of style. She not only changed the world of fashion for the royal family but for everyone who loved her. And one specific outfit has kept us enthralled for years: the “revenge dress.”

In 1994, after the media’s nonstop reporting of Diana and Charles’ crumbling marriage, Charles publicly admitted to his affair with Camilla Parker Bowles. The very same day, Diana had to make a public appearance, and she decided to make quite a statement.

The dress showed a lot of skin, and Diana seemed to love it. She smiled all evening, happy to finally be free of the royal rules that had been constraining her.

Of course, Diana’s revenge dress wasn’t the first nontraditional outfit she wore as Princess of Wales. Although she began her royal tenure wearing typical posh-teenager clothes like blouses and sweaters, she quickly realized she could express herself more through style.

Page Page 1 of 3
Previous article: What Can Elephants Make that No Other Animals Can Make?
Next Post: Supermarket Shopping Secrets, Revealed From America’s Top Grocery Stores