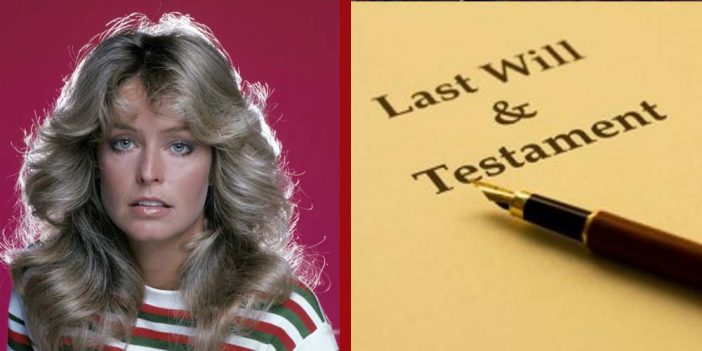 Celebrities are known to have some pretty eccentric demands; just check out these crazy on-set must-haves if you don’t believe it! So it makes sense that stars have some questionable requests in death, too. There are some seriously strange celebrity wills out there. The weirdest things in celebrity wills? Crazy cremation requests, creepy memorial guidelines, and an unhealthy amount of money left to pets. All those and more are on this list of obnoxious celebrity wills. Read on to find out which famous people with weird wills made the cut! Then consider modeling your own last will and testament after Napoleon (but be prepared to have your head shaved postmortem).

We all know Napoleon had some issues. Nowhere is this more evident than in his last will and testament: Napoleon asked that his head is shaved after his death, and his hair divided up among his friends.

Hotel owner Leona Helmsley made more headlines in death than she did during her life. When she passed in 2007, she left $10 million to her brother, $5 million to her grandsons, and a whopping $12 million to… her Maltese, Trouble. Wonder how he’s spending it?

Ben Franklin was a smart man in many ways, but we have to wonder what he was thinking when he drew up his will. He generously left his daughter 408 diamonds — on the condition that she never turn them into jewelry “and thereby introduce… the expensive, vain, and useless fashion of wearing jewels in this country.” That’s just cruel, dad. Spoiler alert: it didn’t work.

’60s pop singer Dusty Springfield left very specific instructions in her will. Not about her estate or family, of course, but about her cat! Springfield’s will demanded that her cat, Nicholas, be fed imported baby food, live in an indoor tree house, be sung to sleep at night with Dusty’s old records, have his bed lined with Dusty’s pillowcase and nightgown, and get married to a friend’s female cat. All her wishes came true.

British fashion designer Alexander McQueen was a creative genius shrouded in mystery. The world found out exactly what was in his heart, though, after he passed in 2010. He left most of his fortune to charity but earmarked nearly $75,000 for his dogs.