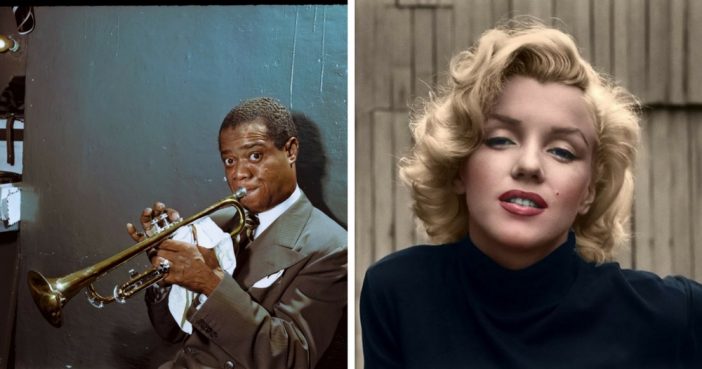 Up until the 1970s, color photography was extremely rare, and so when we think about history prior to that time, we often envision it in black and white. Today’s technology now enables us to “colorize” historical photos, giving us our only chance at seeing what the world really looked like back then. And it was truly spectacular.

Take a trip back in time through these photos below. It’s quite incredible to see Abraham Lincoln and Albert Einstein in living color.

5. Lee Harvey Oswald, 1963, being transported to questioning before his murder trial for the assassination of President John F. Kennedy.

7. Lou Gehrig, July 4, 1939. The photo was taken right after his famous retirement speech. He would pass away just two years later from ALS.

8. Brigadier General and actor Jimmy Stewart. Stewart flew 20 combat missions over Nazi-occupied Europe and even flew one mission during Vietnam.

Page Page 1 of 4
Previous article: HGTV Dream Home Winners Open Up About What Really Happens After Winning Big
Next Post: Actress Nanette Fabray, TV Moms Of ‘The Mary Tyler Moore Show’ And ‘One Day At A Time,’ Dies At 97