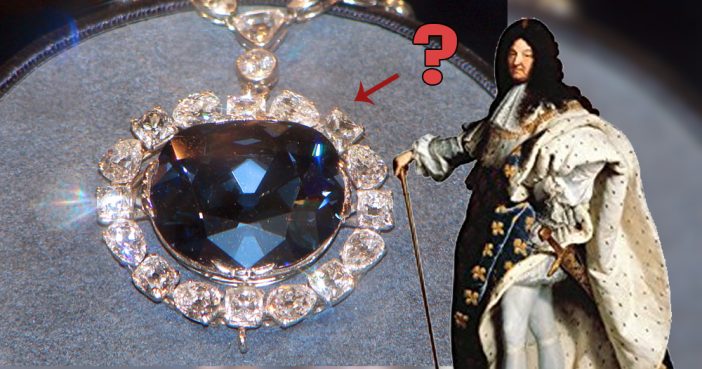 On September 11, 1792, the Hope Diamond was stolen from the house that stored the crown jewels. It’s a pretty fascinating little bauble—particularly if you’re the sort of person who is impressed by 45.52-carat gems—but you probably wouldn’t want to own it, as it’s supposedly cursed.

The story goes that the curse began with the Tavernier Blue, which was the precursor to several large diamonds, including the Hope Diamond. Take this with a grain of salt, because it’s never been proved: Jean-Baptiste Tavernier stole the 115.16-carat blue diamond from a Hindu statue, where it was serving as one of the eyes. Upon discovering it was missing, priests put a curse on whoever was in possession of the gem—which has included a fair amount of people over the years.

Prince Ivan Kanitovski was one of the early owners of the diamond, immediately following Jacques Colet. Kanitovski was killed in a revolt by Russian revolutionaries in the mid-1600s.

Widely known as the first European owner of the gem, Tavernier was also its first namesake. While in India, he came into possession of the diamond in 1666, either by theft or purchase. He was later (according to several reports) mauled to death by dogs while visiting Constantinople.

King Louis XIV bought the stone from Tavernier shortly before the merchant’s death. After coming into possession of the diamond, Louis died of gangrene. On top of that, all of his legitimate children apart from one died in childhood.

Nicholas Fouquet was one of Louis XIV’s servants, who wore the diamond once on a special occasion. Shortly after, he was banned from the kingdom and then imprisoned for life in the Fortress of Pignerol.

King Louis XVI was one of the most famous rulers of France, and, also, an owner of the diamond. Obviously, Louis’ rule didn’t end well, and many curse theorists attribute it to the diamond.

Marie Antoinette and her “let them eat cake” mentality are well known by most. Like her husband, she often wore the Hope Diamond, then known as the French Blue. Of course, she too was executed mercilessly by her people.

Marie Louise was a lady in waiting to Marie Antoinette and a close confidant of hers who often wore the diamond. After Louis and Antoinette’s imprisonments, Marie Louise was viciously killed by a mob. Rumor has it she was hit with a hammer, decapitated, and disemboweled. Her head was then mounted on a spike and paraded outside Antoinette’s prison window.
Page Page 1 of 2

Previous article: After 30 Years Of Marriage, Tom Selleck Reveals The ONE Thing That Keeps Their Marriage Going
Next Post: Loretta Lynn In ‘Great Spirits’ After Fracturing Hip From Fall At Home