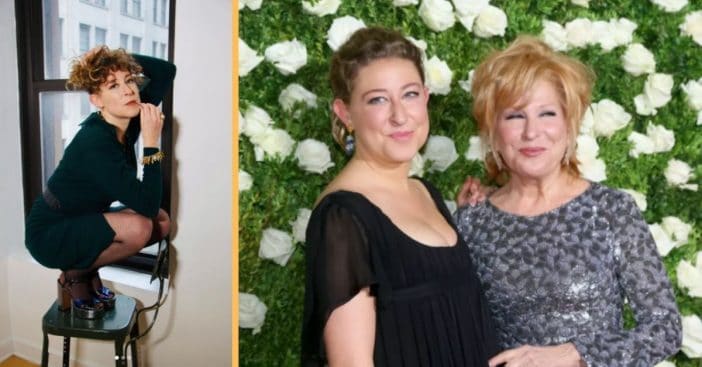 It’s safe to say that some celebrities and their kids look exactly alike, and this is the case for Bette Midler and her daughter, Sophie Von Haselberg. Haselberg is an actress who has evidently followed in her famous mother’s footsteps. And, at 33 years old, she is a spitting image of Bette and could honestly be her mom’s twin!

Haselberg has made a name for herself in Hollywood, her most notable role being in the 2015 film Irrational Man. More recent film credits include Equity (2016), A Woman, a Part (2016), Future ’38 (2017), Ask for Jane (2018), The Second Sun (2018) and this year in Give Me Pity!. She’s currently filming The Raging Heart of Maggie Acker and Love … Reconsidered. Her acting credits on television include the role of Natasha in the 2019 TV series American Princess as well as House of Cards, American Crime Story, three episodes of Pose and the mini-series Halston.

Sophie von Haselberg is another talent in her own right

Aside from acting, Haselberg also has a single producing credit under her belt, too. She produced the 2017 short, YOYO, but hasn’t done any producing work since then. As of right now, there’s no word on what project she’s working on, but fans can expect updates on her new Instagram account!

Since the coronavirus quarantine began, it appears that Haselberg has created an Instagram account. It only has three posts at the time of writing this. Even in her photos, she looks just like her famous mom!

What mom is up to these days

Mom Midler obviously has a very impressive IMDb. She’s been keeping busy as ever as she has Family Jewels in pre-production, The Tale of the Allergist’s Life in development, has lent her voice for the role of Grandmama in The Addams Family animated movie and most recently filmed the Hocus Pocus sequel. Fans definitely can’t wait to see her revive her iconic role of Winifred Sanderson in the film that will be released either this year or next.

We hope to see more from Sophie von Haselberg in the months and years to come! In an older interview, check out Haselberg talking about growing up with Bette Midler for a mom.