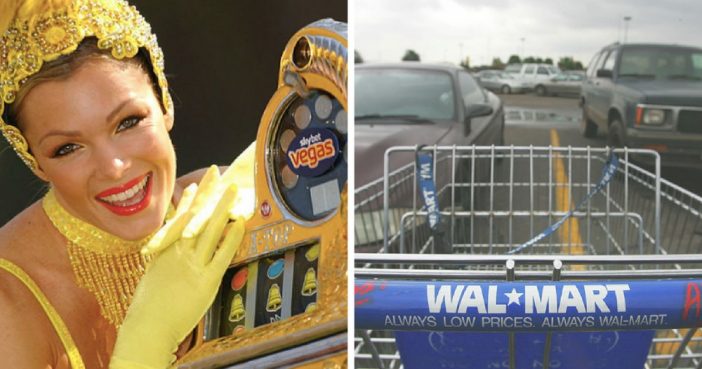 If you’ve ever spotted a Georgian driving on the highway, the first thing you probably spotted was the peach on their license plate.

That is, of course, because all the average Georgian thinks about is peaches. In fact, that one Georgian probably grew up on Peach Tree Drive and attended Peach Orchard Elementary, after while they moved on to Peach Grove High School. Of course, attendance from December to February or so was spotty because snow is scary in Georgia.

What else is there to say but potato?

That’s how Idahoans greet one another, right? It’s how they greet each other. It’s their first language. First thing on their resumes: fluent in potato.

Sure, everyone knows about the great state of Illinois. There’s Chicago there’s more Chicago.

Oh, you live in Springfield? What a fancy name for Chicago! You either live on a farm or in a cramped apartment in the heart of Chicago. If you’re an Illinoisan who doesn’t fall into either of those categories, you don’t exist. You belong in the same void as Delaware and out-of-shape Californians.

Dude, nobody cares about your Lexus or Mercedes.

At least, not in Indiana, where the traffic is just a languid sea of tractors. The Walmart parking lot? Yep, just row after row of tractors.

You can keep your potatoes, Idaho. Iowa has one thing you don’t: corn!

But not just any corn: an endless ocean of it, sometimes punctuated by a crooked scarecrow or a creepy hooded figure who just wants to sell you more corn. Also, Iowa boasts a robust economy of farmers. If you’re an Iowan who is anything but a farmer, you are lying, obviously.

The timeless classic “The Wizard of Oz” was not a work of fiction, after all.

No Kansan is safe. They may not have to fear the petty theft of the city, but they know that in every shadowy valley, a tornado lurks, ready to pounce and whisk them away to a faraway land at any moment.

No shoes, no service? Kentucky accepts the challenge.

When they are not traipsing through green pastures in their sleepy rural towns, Kentuckians are thought to be patronizing every business while barefoot. Easier to feel the bluegrass between your toes that way, we reckon.

If you’re not idling your days away in the murky goop sipping sweet tea and strumming your banjo, then you simply aren’t doing Louisiana right. Also, real Louisiana men fight those skeeters head on! Be an itchy mess with pride.

Do you want something other than an ocean creepy crawler for dinner? That’s just too bad, Karen. In Maine, you eat your lobster bisque or you starve.

“Pawk ya cah in Havahd yahd!” they shout in your ear. You listen to the r’s. They remain buried in that coarse accent.

Page 2 of 5
Previous article: Wait Till You See What the Cast of ‘Saved By the Bell’ Looks Like Today!
Next Post: Jackie Kennedy Onassis: See 15 Of Her Most Iconic Fashion Moments From The ‘Jackie O’ Years