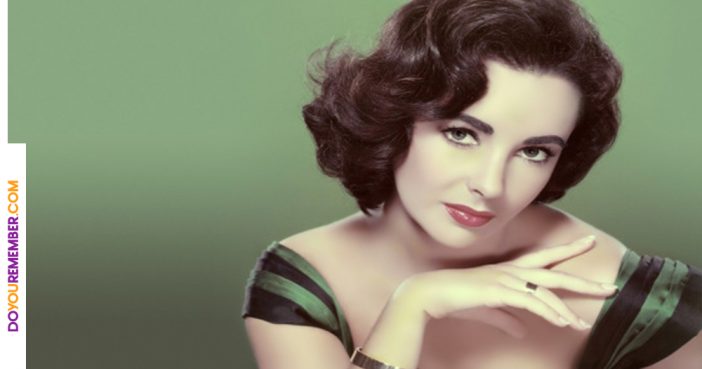 One of the most ravishing women ever to grace the silver screen, Elizabeth Taylor also was one of Hollywood’s legendary personalities, the last of the larger-than-life icons produced by the Movie Factory. Amid the romances and scandals, the booze and diseases, the jewelry and food, and the husbands and husbands, she carried on, turned tragedy—both her own and that of others—into triumph. Though initially regarded as just another starlet, whose striking figure and violet eyes were offset by a thin, reedy voice, she was ultimately vindicated as an actress, winning two Academy Awards and starring opposite many of the finest performers in the industry. Still, her oeuvre is checkered, to say the least, and some of her most famous films are also some of her most disappointing. So in the spirit of Miss Taylor’s hit and miss film choices, DoYouRemember presents Elizabeth’s Best & Worst.

Taylor’s best performance of her early career comes in this searing drama of desire, lust and murder based on Theodore Dreiser’s novel An American Tragedy. Director George Stevens elicits a crystalline intensity out of the actress, who is luminous as the rich girl seducing Montgomery Clift. Shelley Winters is also a standout as the sadsack third in this messy triangle.

Taylor more than holds her own opposite Katharine Hepburn in Gore Vidal’s adaptation of Tennessee Williams’ gothic one-act play. As a woman who has acted as sexual bait on behalf of her friend Sebastian (Hepburn’s son), she maintains a brittle tension before a crushing collapse. And really, how many high-lit texts deal incorporate cannibalism?

Not only is Cleopatra not as bad as you think, it’s actually pretty majestic and memorable, with strong performances throughout—including Taylor’s. At an epic 248 minutes, it dramatizes both major epochs in the life of the Egyptian queen (unlike Shakespeare or Shaw), as she moves from Julius Caesar (a commanding Rex Harrison) to Mark Antony (an explosive Richard Burton). The affair between Taylor and Burton was boiling over at this point, a tabloid sensation that overshadowed the film itself. Fifty years later, it remains an epic to contend with, and Taylor’s radiant Cleo holds the entire bloated extravaganza together

Edward Albee’s devastating comedy/drama is brought to the screen in magnificent style by first-time film director Mike Nichols. Taking place over a single, alcohol-soaked night, the play documents the embattled marriage of a longtime couple and the wasted passion of their lives through acidic wit and verbal acrobatics. Embracing the challenge of a first-rate text, Taylor gains weight and lets herself go to become the slatternly, vitriolic Martha. Burton, in turn, with a cardigan and a paunch, defines the broken misery of George’s life. As the drinks flow and the insults fly, late-night guests George Segal and Sandy Dennis arrive to experience a corrosive night of “games” with their hosts.

Yes, we know it’s famous and all that, but the fact remains that this version of Cat is a bowdlerized, gutless facsimile of Tennessee Williams’ original stage play. By dancing around what the text is really about, director/screenwriter Richard Brooks creates a film in which none of the characters’ motivations are clear, rendering Williams’ poetic flights of fancy incomprehensible. It’s not Taylor’s fault—nor is it that of the great Paul Newman, Burl Ives or Judith Anderson—but this Cat has run out of lives.

How, you ask, can we put Taylor’s other Oscar-winning performance in the “worst” category? Well, because it’s an over-the-top melodrama that features the star at her vapid nadir. In fairness to her taste, she hated the film, as well, calling it “Butterball Four,” and only made it to fulfill her contract with MGM. Old-line Hollywood gossips say that the Academy only gave her the award to compensate for Taylor’s three losses in a row during previous years, including for her performance in Suddenly, Last Summer.

One more dip into flawed Williams territory, and this one the dipsomaniacal author must take credit for, as he adapted his already ludicrous play The Milk Train Doesn’t Stop Here Anymore for this big-screen mess. The plot? On a secluded Mediterranean island, a demented heiress indulges herself in needles and booze until Death arrives in the form of a man…. Uh, huh. We hear that Taylor, Burton, Noël Coward (playing the “Witch of Capri”) and director Joe Losey had great fun making this, which is more than can be said for the audience. However, we must defer to auteur John Waters, a great fan of the film who says it’s “beyond bad. It’s the other side of camp.”

Stephen Sondheim’s magical 1973 Broadway musical receives a turgid adaptation in this film, which is somewhat surprising since it was directed by theater great Hal Prince, who helmed the original stage production. (Or perhaps that’s the problem.) Len Cariou and Hermione Gingold repeat the roles they had created, and Diana Rigg is solid, but Taylor is woefully miscast in this piece, warbling the iconic “Send in the Clowns” as she gains and loses weight from scene to scene.