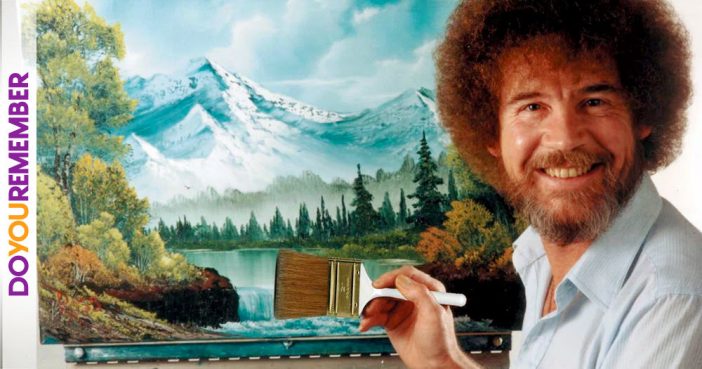 As a child, I lived with my grandparents, who weren’t into extravagances like Cable TV, so there wasn’t a ton of programming for me to choose from. One of my few options was PBS, known for its educational programming. It wasn’t exactly my first choice, but it was one of the few spots where my grandparents and I could watch something together. One show we watched was The Joy of Painting with Bob Ross.

Every afternoon, my grandfather (whom by the way is a very high-strung individual), would frantically run to his TV/VCR setup and record that day’s episode. He’d study the mellow painting mentor, writing down paint colors, noting his techniques with such intent it was as if one day Mr. Ross painting tricks would one day solve world hunger.

So once he had what he wanted on tape, he’d set up his own makeshift painting studio in front of the living room TV. He spread newspapers on the floor to keep it clean, placed a canvas on the easel and laid out an impressive array of oil paint and brushes and even put on a smock.

Once this elaborate setup was in place, it was “show-time”! The recorded video would begin to play. Mr.Ross would make his usual introduction, go over the paints for that particular piece (which always featured some shade of sienna), and begin his lesson. “Tap some little things.” “This is your world” zzzzzzozisdjhfhs (rewind) Just sort of let the brush bounce. zzzzozisdjhfhs, he’d rewind again. There are no mistakes only happy accidents, zzzozisdjhfhs,…. rewind again.

This would go on for hours at a time, ’til my grandfather came to one of two conclusions. He’d take a look at his finished product that didn’t look at all like the Ross piece, and with a look of sheer disgust. He’d huff-and-puff that the whole project was a sham, proclaim no one can paint the same as that “hippie TV paint-teaching Bob Ross” and trash the painting. Or he’d go on and on about the happy trees or how majestic his new Bob Ross replica was, and how he thinks he’ll sign it just like Bob.

Bob Ross was more than about painting. He engaged viewers. He calmed nerves. And it was far more than the “accidents” that he made happy.