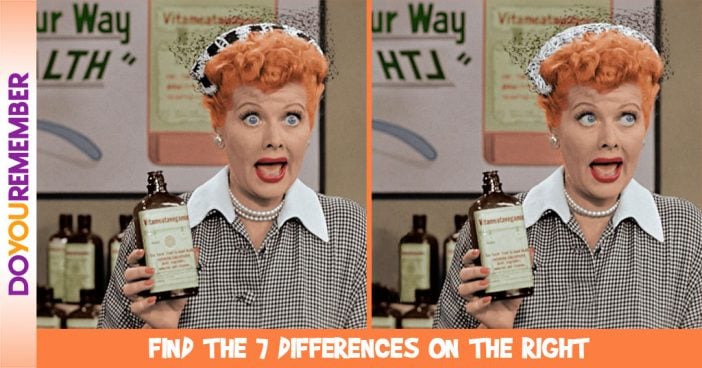 Vitameatavegamin is a fictitious health tonic imbibed by Lucy on the 1952 I Love Lucy episode “Lucy Does a TV Commercial”. It is stated as an elixir containing concentrated “vitamins, meat, vegetables, and minerals”. It promised to help people who are “tired, run-down, and listless”.

Watch Lucy in this Clip

During filming, Lucy was actually drinking apple pectin out of the Vitameatavegamin bottle. Originally, the Vitameatavegamin was 11% alcohol, according to a rare picture seen here, but for production, it was increased to 23%. Vitameatavegamin was based on various patent medicines and nutritional supplements of the era; examples of well-known real-life elixirs of the sort included Geritol and Hadacol, iron and B-vitamin elixirs formulated in the mid-1940s that were then 12% alcohol.

The fictitious elixir is portrayed on multiple souvenir merchandise from cinnamon-flavored Vitameatavegamin candy, to cookie jars, to crocs.

Vitameatavegamin bottles were also seen in the Our Miss Brooks episode “Vitmin E-4” which focused on the gang at Madison High School bottling and selling a similar health tonic.

1. The Letters “LTH” are Backwards

2. There is a Bottle Missing in the Back

3. The Bottle She is Holding is Missing the Label’s Seal

5. Lucy is Looking towards the Right

6. Her Necklace is Missing a Row of Pearls