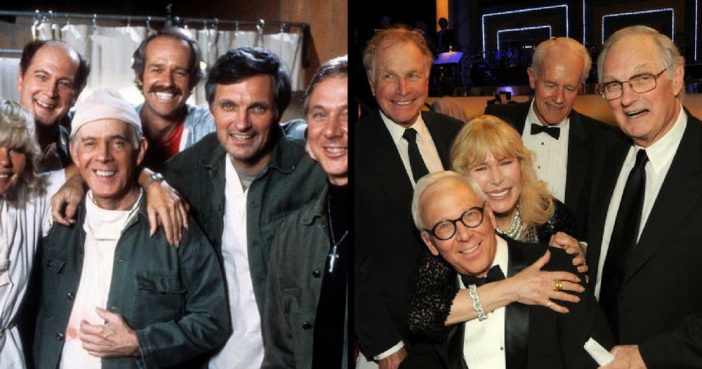 When the story of the 4077, a mismatched crew of doctors and staff working in a makeshift mobile Army surgical hospital in South Korea, concluded February 28, 1983, the finale to the long-running series became the most watched and highest-rated single television episode in TV history.

45 years after its premiere, let’s see what the M*A*S*H stars are up to now.

Swit inherited the role of head nurse of the Mobile Army Surgical Hospital Margaret “Hot Lips” Houlihan from Sally Kellerman, who held the part in the M*A*S*H movie. After the show ended, she continued acting in small roles on shows like The Love Boat and Murder, She Wrote. In recent years, Swit took a step back from the spotlight, to design jewelry and raise money for animal rights charities. in 2013, she returned to acting in a one-woman touring stage production of Eleanor: Her Secret Journey as Eleanor Roosevelt.

After playing the beloved Dr. Benjamin Franklin “Hawkeye” Pierce, Alda has gone on to have a successful acting career in TV and film, landing roles on ER, The West Wing, 30 Rock, and The Big C, as well as movies like The Aviator and Wanderlust. More recently he starred as Dr. Atticus Sherman on The Big C and as Alan Fitch on The Blacklist.