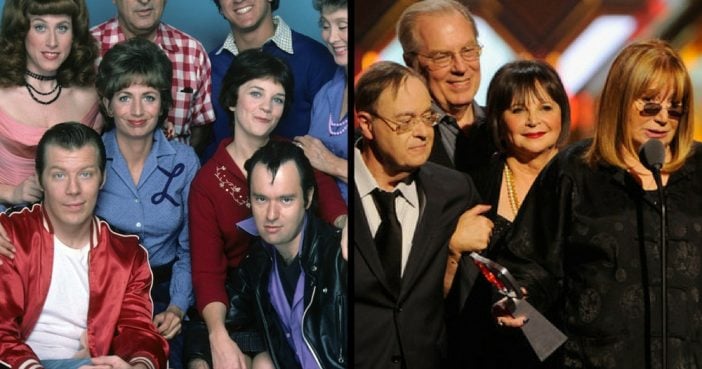 Can you believe it’s been 40 years since the first episode of Laverne & Shirley premiered? We certainly can’t!

Check out what the cast of the hit sitcom is up to today:

Sadly, Penny Marshall passed away at age 75 in 2018. She has had an extremely successful directing and producing career. Over the years she has directed Big, Awakenings and A League of Their Own and produced Cinderella Man, Bewitched and a few episodes of According to Jim.

After starring as Laverne’s best friend, the 72-year-old actress appeared on TV series’ Getting By and Normal Life. She also had minor roles on shows 8 Simple Rules and The Magic School Bus and appeared in TV movies Earth Angel and Steel Magnolias.

The 68-year-old actor and comedian — who was diagnosed with multiple sclerosis in 1984 — continued his long and successful showbiz career by appearing on shows Midnight Patrol: Adventures in the Dream Zone, Tattooed Teenage Alien Fighters from Beverly Hills, Pacific Blue and 101 Dalmatians: The Series. He also had roles in movies A Bug’s Life and Scary Movie.

After starring on Laverne & Shirley, the 72-year-old actor landed roles on shows including 101 Dalmatians: The Series, Jungle Cubs and Saturday Night Live. He also appeared in movies Planes, Trains & Automobiles and Whatever Works.