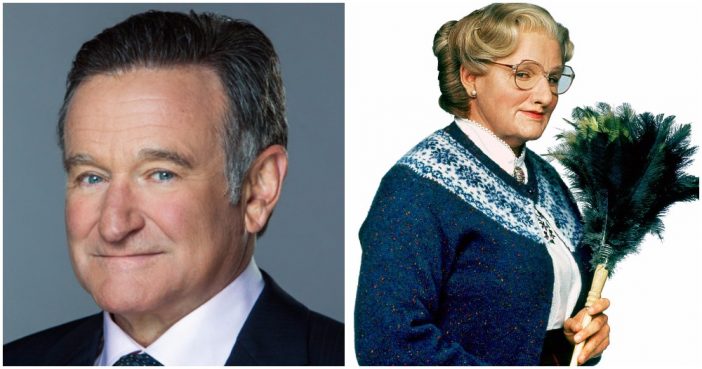 Becoming a heavy hitter in Hollywood isn’t something just anybody can do. It takes amazing talent, an unmatched drive for success and a healthy dose of luck, as well. Only a very small percentage of people possess the qualities it takes to make it big on the silver screen.

The comedic virtuoso Robin Williams is someone who had all three of these characteristics from the very beginning of his career. If you watch any performance of his, comedic or dramatic, you instantly realize why he was a star. He was a magnetic personality that you just couldn’t take your eyes off of.

You’ll be even more impressed after reading these 18 little-known facts about this respected and accomplished actor.

1. Williams graduated from Redwood High School where he was voted “Least Likely to Succeed,” which begs the question: Why do they even have that award?!

2. Williams has claimed that, when he was a child, he was quite overweight and nobody would play with him. As a result, he would entertain himself by talking in different voices.

Robin Williams childhood photo… looks like he’s in good shape to me!

3. When Williams began training at Julliard, he was told to focus more on his stand-up comedy than waste time in acting classes.

4. To make money, Williams would perform on the street outside of New York City’s Metropolitan Museum of Art as a mime.

5. Early in his career, he told a reporter that he was born in Scotland. He later recanted that statement, claiming he was “under the influence” at the time. He was actually born in Chicago.

6. Williams’ first big break was when he was cast as Mork the alien on Happy Days back in 1978 when this sort of plot device made sense. His character was spun off into the hit series Mork & Mindy.