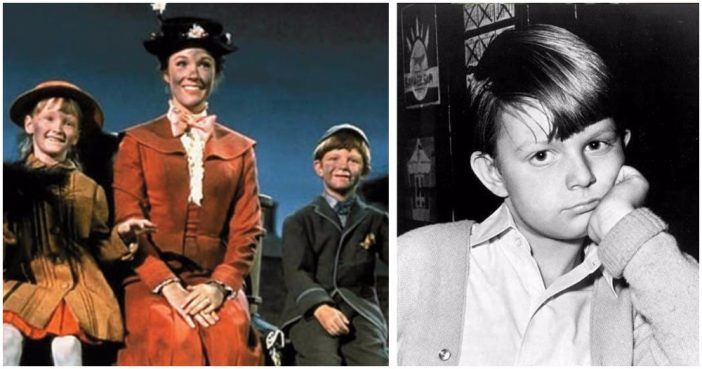 Mary Poppins instilled many a generation with wonder and magic – there aren’t many of us who would have turned down the chance to have a nanny like her, or even a best friend like the chimney sweep Bert.

This was the movie that allowed Julie Andrews and Dick van Dyke to solidify their statuses as Hollywood legends. Karen Dotrice and Matthew Garber, who played the parts of the kids, also quickly gained star status.

However, not many people know that one of these stars is no longer with us.

You’ll probably recognise Michael Banks as Matthew Garber, the mischievous kid in Mary Poppins. But you might not know that he died tragically at the age of 21.

In his teenage years, Garber had taken a break from acting after his experience as a child star. He may have planned to return to the big screen later on in life, but unfortunately never got the chance to.

The young actor was on holiday in India in 1976 when he contracted hepatitis. Not knowing that he had the disease, by the time it had spread to his pancreas it was too late for any kind of treatment. He passed away one year later.

A rumour that Garber had contracted the disease after unsafe drug use, but his brother maintains that this is incorrect, saying that it was most likely caused by consuming bad meat.

Page Page 1 of 2
Previous article: The Scariest Places To Visit In All 50 States
Next Post: 15 Vintage Halloween Photos That Will Give You Nightmares