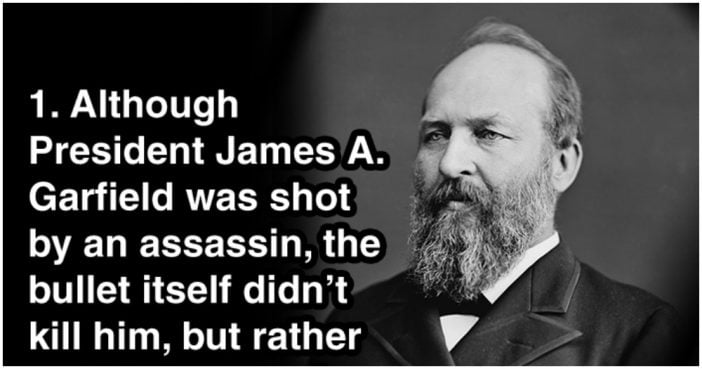 It’s no secret that the public at large is, mostly, enamored with the glitz and glamour that surrounds the lives of celebrities. This isn’t just a recent phenomenon, either; it’s been the case for centuries!

Still, it’s often a celebrity’s death that really captures our attention. Whether they’ve died under questionable circumstances or in a tragic way that everyone saw coming a mile away, the details of these famous deaths are, ironically, shrouded in mystery.

These 15 celebrity deaths in particular might have never been known without the help of death records. And they’re all entirely unbelievable…

1. The king of Sweden’s death by indigestion. Yes, you’d better believe it! In 1771, Adolf Frederick, King of Sweden, died from complications from digestive issues. His final meal? Lobster, sauerkraut, smoked herring, caviar, and Champagne. Let’s not forget when he followed that up with 14 servings of dessert!

2. Jane Austen died of Addison’s disease more than 30 years before it was discovered by doctors. When she passed away in 1817, she suffered from intense gastrointestinal irritability and a bizarre darkening of her skin. Luckily, doctors now know how she died, as she took detailed notes of the events leading up to her last days.

3. Three of America’s founding fathers died on July 4. Thomas Jefferson and John Adams, who both famously signed the Declaration of Independence, died on the same day in the same year: July 4, 1826. Then, on July 4, 1831, James Monroe passed away as well.

4. President James A. Garfield was shot by an assassin—though, that’s not how he died. In July of 1881, just 200 days into his presidency, Garfield was shot by Charles Guiteau. Luckily, the initial bullet barely grazed his arm, while a second one struck his back. Yet he actually died because of an issue regarding medical malpractice. While attempting to find the bullet in his back, doctors used their unwashed hands and unsterilized medical tools to poke at his wounds.

Simultaneously, one of the doctors punctured the president’s liver. He was operated on by 16 doctors, who turned an initial three-inch hole into a 20-inch infected hole from his groin to his ribs. In the end, it was discovered that the bullet wasn’t even where they believed it to be in the first place. In just one month, he lost 80 pounds, plummeting from 21o pounds to just 130. He died later that year from a combination of infection and blood poisoning.