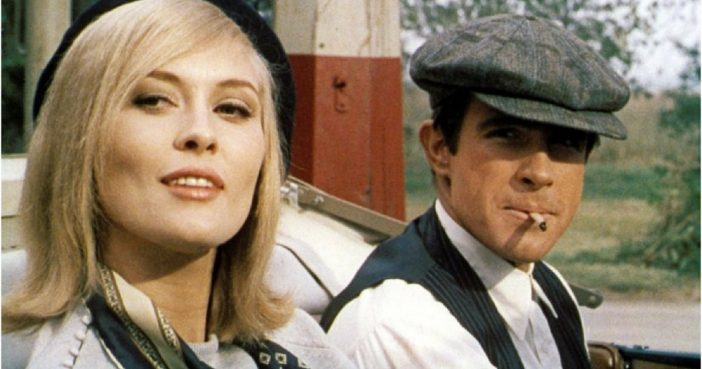 Warren Beatty is famously known as the link between old Hollywood and, with “Bonnie and Clyde,” the new. The film, which Beatty also produced, heralded a new direction for American movies, a new realism and an emphasis, however brief, of art over commerce. (Not that anyone wanted to lose money, ever, including Beatty.) Enjoy these facts that you probably never knew before about the groundbreaking 1967 film.

Michael J. Pollard didn’t realize in eating scenes that you don’t actually eat all the food because of the possibility of repeated takes. Sure enough, he soon regretted it in the scene in which the outlaws kidnap a couple and eat their lunch in the car. By the 12th take, Pollard was feeling decidedly ill, having had to eat 12 whole hamburgers.

One of Arthur Penn’s intentions was to make the character of Blanche as hysterical as possible. This was done in order to make Bonnie look even cooler.

The real Blanche Barrow sued Warner Brothers over the way she was depicted in the film. In reality, Barrow was the same age as Bonnie Parker, arguably better looking than her, she was not a preacher’s daughter and had married Buck knowing full well that he was an escaped prisoner and twice divorced.

Roger Ebert had only been a film critic for six months when he saw this film. He hailed it as the first masterpiece he had seen on the job.

The family gathering scene was filmed in Red Oak, Texas. Several local residents were watching the film being shot, when the filmmakers noticed Mabel Cavitt, a local school teacher, among the people gathered. She was chosen then and there to play Bonnie Parker’s mother.

In one scene, while holding up a bank, Clyde Barrow tells a farmer he can keep his own money. (“Is that your money or the bank’s?” “It’s mine.” “You keep it then.”) In real life, it was bank robber Pretty Boy Floyd who allowed a farmer to keep his own money during a holdup.

Many consider one of the reasons why the film was so successful was because of its anti-establishment stance. At the time, disillusionment with America’s involvement in Vietnam was gaining ground.

Before deciding to play the role himself, producer Warren Beatty’s first choice for the role of Clyde Barrow was musician and composer Bob Dylan. Dylan clearly resembled the actual Barrow more strongly than Beatty.

Cher auditioned for the role of Bonnie Parker. Her husband/manager at the time, Sonny Bono, heard about the audition, and he was furious at Warren Beatty for letting his wife audition for such a “controversial film”.

Besides the first to use a lot of different things… It was one of the first films to feature an extensive use of squibs.

In reality, the bank robbers picked up about three people in their travels.

Faye Dunaway nearly lost the part of Bonnie Parker. She had put on some weight for Hurry Sundown (1967).

Warren Beatty fought to shoot the film on locations around Texas, partly to create an authentic image of the Barrow Gang’s exploits, but also to avoid interference from Warner Bros. executives.

On the day the company shot the scene in which Bonnie and Clyde wade through a river after they’re shot, a cold front hit Texas. It took three days to film the scene as the actors fought not to shiver while the cameras were rolling.

This was the film debut for one of the actors in the film… Introducing…Gene Wilder!

Gene Hackman was on the set one day when he noticed a guy standing behind him and staring. The man said, “Hell, Buck would’ve never wore a hat like that.” Hackman turned around and looked at him and said, “Maybe not.”

He looked like an old Texas farmer. The man introduced himself and said, “Nice to meet you – I’m one of the Barrows.”

Warren Beatty mentioned that his last conversation with ex-girlfriend Natalie Wood took place in the summer of 1966 when he tried unsuccessfully to get her to play Bonnie Parker in his film.

Later that evening, she attempted to take her own life and was discovered by her live-in housekeeper.

The poem that Bonnie reads aloud in the rented flat is “The Story of Suicide Sal.” The poem was written by Bonnie Parker in 1932.

Faye Dunaway wears a beret in the film… Thousands upon thousands of berets were sold worldwide after the film’s debut.

This film shows for the first time the firing of a gun and the consequences in one single frame. Before that you would see a gun being fired, then cut and the next scene shows the bleeding body. In Bonnie and Clyde you see a gun being fired into the face of a person without intercutting. This was incredible at the time and would have been censored in the past.

In Bonnie and Clyde you see a gun being fired into the face of a person without intercutting. This was incredible at the time and would have been censored in the past.

Click for next Article
Previous article: 9 Former Celebs Who Now Have Very Different Jobs
Next Post: This Map Shows The Literal Translation Of State Names And Their Origins