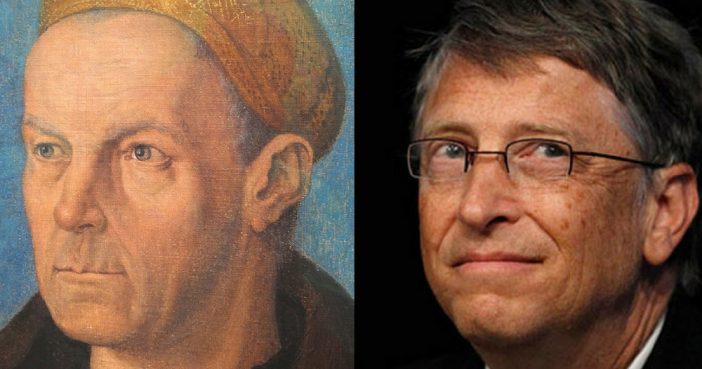 This medieval aristocrat amassed a huge fortune during his lifetime thanks to the patronage of William the Conqueror (later King William I of England), his ridiculously rich uncle and close companion. According to historian William Rubenstein, Rufus was worth £11,000 ($15,000) when he died in 1093, around 7% of England’s GDP at the time, which is the equivalent of $195 billion in 2016.

The founder of the hugely profitable Ford Motor Company revolutionized vehicle manufacturing and brought the car to the mass market, selling over one million vehicles in 1920. It’s no surprise then that, upon his death in 1947, Ford was worth the equivalent of $200 billion in today’s money, and then some.

Born in 1794 to a struggling family in Staten Island, Vanderbilt went from rags to riches during his lifetime, building up a colossal fortune in the railroad and shipping industries, and giving much of it away later on in life. At his peak, Vanderbilt is thought to have been worth $202 billion in today’s money.

In 2011, Libyan officials estimated that deposed leader Colonel Gaddafi squirreled away $200 billion in secret bank accounts, shady investments and dubious real estate deals during his dictatorship, stolen from the country’s massive oil revenues. Adjusted for inflation, this is the equivalent of $212 billion in 2016.

Page 2 of 3
Previous article: Grandma’s Life Hacks That Still Save Us Today
Next Post: Match the Robot to the Movie