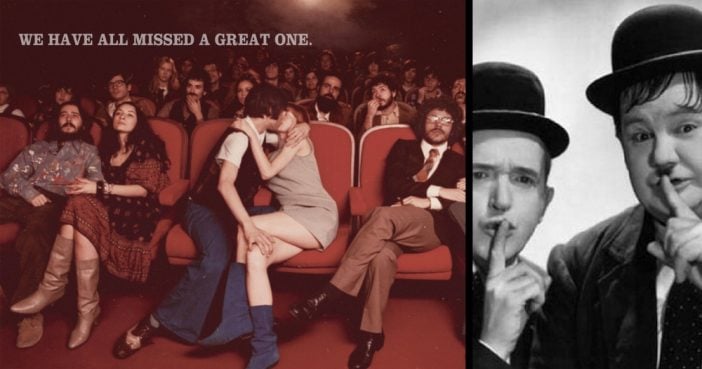 Nothing compares to the experience of seeing a movie in the theater. The big screen, the surround sound, the whole ambiance — it adds up to something uniquely enjoyable. A lot of movies, particularly comedies and horror films, play better when you watch them with other people, too. Even if you have the fanciest home theater hookup in the world, there’s still an X-factor that just can’t be replicated in your house. Because movie going is so much fun, you may not be consciously aware of all the things happening around you at the theater. That’s where this list comes in.

We’re here to blow the lid off the behind-the-scenes secrets of the multiplex. And believe us, there are quite a few of them! We’ve got the inside scoop about business practices, operating procedures, things your fellow moviegoers are doing in the dark, and more. We know some theater personnel who gave us juicy scoops that we’re excited to share with you. Once you know these hidden facts, we think you’ll look at your local cinema in a whole new light, and hopefully have a renewed appreciation for how it works. Grab a tub of popcorn and settle in, because we’re not holding back.

Here are 15 Secrets Revealed About What REALLY Goes On In Movie Theaters.

Popcorn, candy, and soda have been associated with movie theaters almost from the beginning. These days, most theater chains offer up expanded menus that go far beyond those basics, including edible items like nachos, pizza, and french fries. If you find that your hunger level increases whenever you go to the cinema, it’s no mistake. They use a variety of almost subliminal tactics to entice you to purchase food.

For starters, most theaters are physically set up in such a way that you have to pass by the concession stand. This ensures that you see (and smell) the food items for sale. Pre-movie bumpers that feature images of hot popcorn and ice cold soda are also designed to inspire an urge to run out for snacks before the feature starts. There are even theaters with vents that pump the smell emanating from the popcorn machine directly into the auditoriums so that you find yourself getting hungry as you watch.

14. THERE’S NO ONE IN THE PROJECTION BOOTH

If you’ve ever been to the movies and had a problem — such as a film being out of focus or the projector stopping — you may have hollered up to the person in the projection booth to do something about it, or heard other patrons yelling for attention. That’s a futile gesture. Odds are, there’s nobody up there.

With multiplexes often containing a dozen or more auditoriums, it’s not economically feasible to have someone upstairs monitoring each film as it plays. At best, there might be one person for all of them combined. Digital projection technology also means that the movies literally start themselves. Therefore, theater employees might not even go into the projection room unless there’s some specific reason requiring them to. So if you’ve got an issue at your showing, you’ll have to go out and locate a staffer to assist.

13. PEOPLE ARE TRYING TO PIRATE THE MOVIES

Anti-piracy efforts are serious business. Studios spend millions (and sometimes hundreds of millions) of dollars to produce and market their films. They don’t want anybody videotaping them and putting them online for everyone to see for free. That doesn’t mean people don’t try, of course. Cell phone cameras and tiny camcorders have made it a little easier to attempt piracy. Theaters hate this practice as much as studios because it cuts into their business.

For that reason, they’re fighting back. Employees will often do “sweeps” mid-movie, entering the auditorium to make sure no one is pointing a camera of any sort at the screen. Penalties for piracy can be stiff. Earlier this year, two Maryland men were caught trying to pirate The Fate of the Furious. The manager called the police, who arrested the duo. They are currently facing a year in prison and/or a $2,500 fine for their actions. Clearly, it’s not worth the price you have to pay if caught