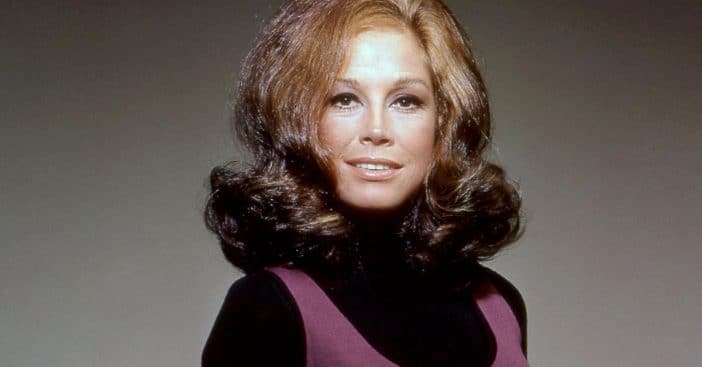 The world lost a true icon of the acting skill with the death of Mary Tyler Moore. Popular for her time on The Mary Tyler Moore Show and The Dick Van Dyke Show, she was an actress of unparalleled talent. Let’s learn more about her!

First off, Moore was born on December 29, 1936 and started off in New York only to end up in Los Angeles. All the while, she was raised Catholic. She’s also the descendant of Lieutenant Colonel Lewis Tilghman Moore, who owned the house that became the Stonewall Jackson’s Headquarters Museum. But how did she get going on her own?

Mary Tyler Moore was offered her own sitcom after performing in the 1969 CBS variety special Dick Van Dyke and the Other Woman. This was three years after The Dick Van Dyke Show ended. The special was so well received that CBS offered Moore a half-hour slot on their network with a guarantee of 24 episodes.

2. Mary Richards was originally a divorcee

When they were first thinking of the storyline for Mary Richards, they imagined her to be a recently divorced, 30-year-old who moved out on her own after her husband left her. CBS network researchers shut down the idea and warned the series co-creator Allan Burns that there were four things that viewers would not accept into their living rooms: New Yorkers, Jews, divorced women, and men with mustaches.

3. Her legs became famous before she did

For her first television role, she played a receptionist in six episodes of Richard Diamond, Private Detective. The show only featured her voice and legs and you never got to see the rest of her. Her character went by the name of Sam.

4. She was a musical model

For one of her earlier gigs, Moore was a model for various LP covers. The one above is from the 1950s and you can buy your very own copy on eBay. Some actually come with a high price tag, honoring just how important they were in her career.

Before she booked the role of Laura Petrie on The Dick Van Dyke Show, she auditioned for the Danny Thomas series Make Room for Daddy. She didn’t book the role, but he remembered her as “the girl with three names” and recommended her to Dick Van Dyke.

6. She fought to wear pants

Laura Petrie was originally supposed to be the next June Cleaver from Leave it to Beaver. That meant the image of a traditional American housewife viewers were used to in the 1960s. Moore insisted on wearing comfortable Capri pants because she felt this portrayal would actually be the one to offer a more realistic representation of the modern housewife in those days.

Indeed, women wearing pants – especially in school – gradually gained momentum in this decade and the subsequent decade as it became a quiet means of defiance for a young generation aided by the growing women’s liberation movement.

7. ‘The Mary Tyler Moore Show’ was a record-breaking series

While the showed earned 29 Emmy Awards, it’s most groundbreaking achievement was something much more important. The series was the first show to celebrate an independent career woman ever.

8. She had a few variety shows of her own, though they didn’t last long

In 1978 she launched a new variety show called Mary that only lasted three episodes. She tried again in 1979 with The Mary Tyler Moore Hour which lasted for 11 episodes. For all these bumps in the road, though, she enjoyed a lot of success on Broadway stages. Notably, she won a Tony in 1980 for her performance as a quadriplegic in Whose Life Is It Anyway?

Married twice before, her third marriage was in 1983 when she married Dr. Robert Levine. She met Levine and fell for him while he treated her mother’s heart condition.

In her book, After All, Moore says that she tried to help her brother John commit suicide while he was battling cancer. She would feed him drug-laced ice cream. It didn’t work, but her brother passed away only a few months later at the age of 47, ultimately from kidney cancer.

Sadly, he was the second of her siblings to die. Moore’s sister, Elizabeth, died at the age of 21 “from a combination of … painkillers and alcohol.”

Moore was Elvis’ love interest in his final movie, Change of Habit. She played a nun in training who was forced to pick between religion or Elvis. The movie also featured Ed Asner and they would later go on to work together on The Mary Tyler Moore Show.

12. Get ready for curtain call – for the very first time

The Fonz jumped the shark in September 1977, desperate to keep going on. Earlier that year, in March, the Mary Tyler Moore show ended because the star wanted to end on a strong note rather than bleed new and old ideas dry. This also meant the show concluded on hers and Grant’s terms, rather than it getting canceled.

The finale offered the very rare scenario back then in which the characters themselves had a chance to say goodbye to one another with in-show reasoning to drive the moment. But it also established another huge unprecedented first: the curtain call. Before the final credits played, Moore herself introduced her peers one by one for them to get in a final bow.

Throughout her life, Mary Tyler Moore battled many health problems just as anyone else might, all while fighting to reshape the entertainment landscape. For one thing, she endured the pain and grief of a miscarriage, which also led to her 1969 diagnosis of Type 1 diabetes. Jump ahead to 2011, and she had surgery to remove a benign brain tumor known as meningioma. Then in 2014 friends shared that she was suffering from kidney and heart problems. Stressors like this exacerbate diabetes, and indeed she went temporarily blind from it with these health scares.

Ultimately, in 2017, she had to be placed on a ventilator after pneumonia complicated her case of cardiopulmonary arrest. A week later, she died on January 25 at the age of 80.