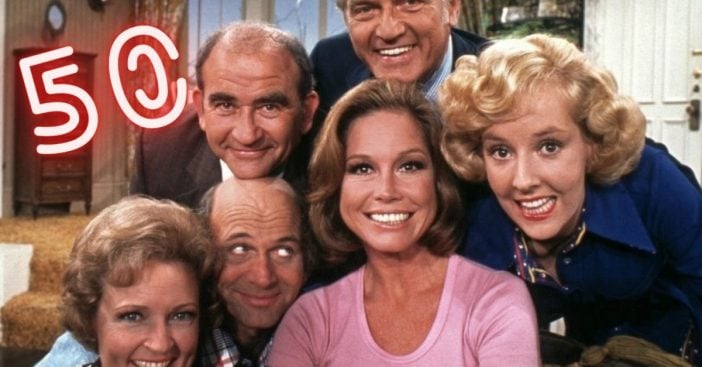 It is hard to believe that this year marks the 50th anniversary of the premiere of The Mary Tyler Moore Show. Sadly, a few of the cast members, including Mary Tyler Moore, have since passed away. However, the remaining cast recently shared some memories to celebrate such an important and exciting anniversary.

The Mary Tyler Moore Show was a sitcom based in Minneapolis’ WJM-TV. Ed Asner played Mary’s boss, Lou Grant. The 90-year-old admits it can be hard to believe that so much time has passed. He said, “It was seven years of delight. We all loved each other, we all worked hard … it was an ideal situation.”

Gavin MacLeod, who played Murray Slaughter, said it was a once in a lifetime opportunity. The 89-year-old agreed with Ed, “You know what? Love was all around. It was a wonderful atmosphere where people cared. They cared, not only for each other but about the product. And it starts at the top, which is Mary.”

He continued, “She was a great leader. She was always up and always so out for everybody.” The cast was tight-knit and always made each other laugh and they loved when experienced actors, like Betty White, came on set. Betty played Sue Ann Nivens. Gavin shared, “Betty’s 98 years old [now] and she’s slowed down a bit, but she’s still fabulous. She’s one of the funniest, wittiest people and just very, very special.”

Ed remembers some of the practical jokes on set. He said, “The biggest joke I can remember was the time I was showing off my new toupee. Gavin, who is quite bald, showed off his. And then John Amos, who we all thought had a full head of hair, whipped off his toupee! Ted and Mary were the only ones without toupees!”

Reminisce and watch The Mary Tyler Moore Show below:

Click for next Article
Previous article: Gloria Steinem Shares Why She Believes The ‘Karen’ Meme Is Sexist
Next Post: Jennifer Aniston Says She Has Considered Quitting Acting For Good