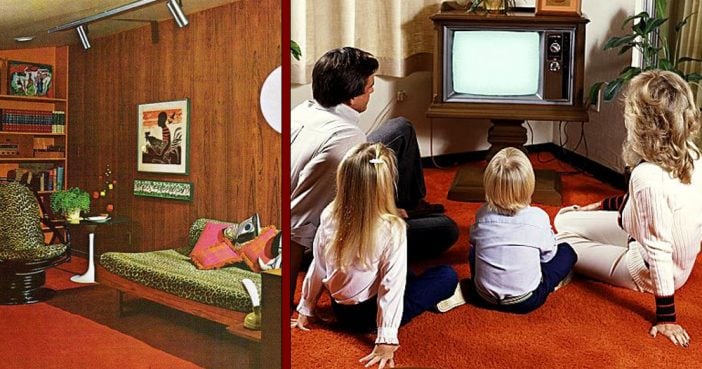 Infamous for its playfulness and carefree, cheesy style, the 1970s was nevertheless a very aesthetically influential decade. Even though it is often regarded today as a completely tasteless period, it had a revival in the mid-90s and is becoming more and more interesting to architects and interior designers. Among all the joyful colors, patterns, macramé, and kitschy shag carpets, the home décor of the 70s has many inspiring and stylish ideas that can embellish your space and add a classy final touch.

This busy disco wonderland of an era has much more in common with the contemporary world than is immediately obvious. It was a period affected by the oil crisis, recession, high unemployment rates, and advanced consciousness for environmental and ecological problems. A complete disenchantment with capitalism and neoliberalism were common in the period as well.

Interior design reflected the interest in self-awareness, spiritual teachings from the East, and a new regard for nature – a lot of which can be recognized in modern culture. At the time, foreign travel had become much more accessible and the emerging technology provided homes with many new gadgets and toys. As much as today’s fashion comes from a trend of smooth minimalism, the 70s came out of the sleek 50s and the modernism of the 60s spiced up with high-tech futurism and psychedelic excess, all of which later made a platform for punk.

Opposing influences of decadence and austerity or disco and hippie culture all found its way into home décor. But the main characteristics of 70s interior design style was the back-to-nature movement, funky technicolor highlights, the exuberant use of bright colors, geometric shapes and patterns and open-plan living. The oil crisis in 1973 and hippie culture deeply influenced the interest in more natural lifestyles.

Page Page 1 of 3
Previous article: Patti Deutsch, Nasal-Voiced Comedian From ‘Laugh-In’ And ‘Match Game,’ Dies At 73
Next Post: The 15 Places On Earth You’re Not Allowed To Visit