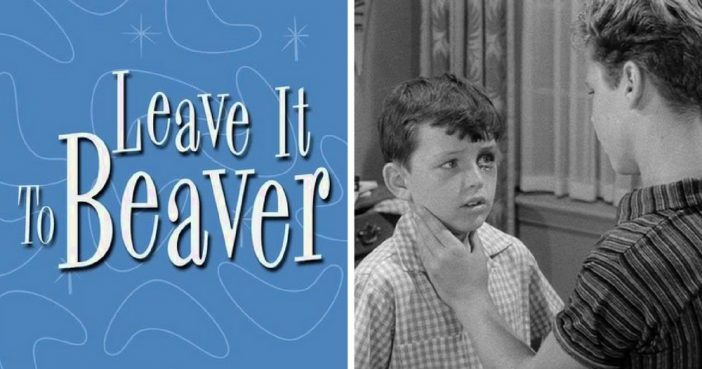 If there were one show that captured the idea of the typical suburban family of the mid 20th century the best, it was Leave it to Beaver. The father would be home before dinner every night and Mother June would clean up in a dress and pearls. By episode’s end, Wally and Beaver would always learn a lesson. That is wholesomeness at its peak. The iconic TV series reached immortal status and was one of the most popular comedies of its time. It has been referenced in many modern movies and TV shows still, today which shows how iconic it truly was. Let’s take a trip down memory lane and look at some interesting facts about the show, and also see what the cast has been up to since the final episode.

Beaver Was Every Middle-Class Boy in America The main character and focal point of the show was Theodore “The Beaver” Cleaver. If you picture what the life of a boy from the middle class back in the 1950s and ’60s was like, The Beaver is who you can imagine. He had a gripe with girls his age in the earlier seasons but came to terms with that as the show went on.
Although he disliked younger girls, The Beav sure did have some crushes on a few of the older women in the show. These women included the likes of Miss Canfield and Miss Landers who were both schoolteachers. He was a curious and sometimes naïve boy and the show examined his adventures at school, in his neighborhood, and at home. It had other stars, such as the rest of his family members, but there is no doubt that he was the focus of this wildly popular show.
How did the actor behind the Beav get his role? Click “Next” to find out.
Page Page 1 of 12
Previous article: Man With Cerebral Palsy Types Art
Next Post: Former McDonald’s Employee Unearths Gross Find. Not The McDonald’s We Grew Up With