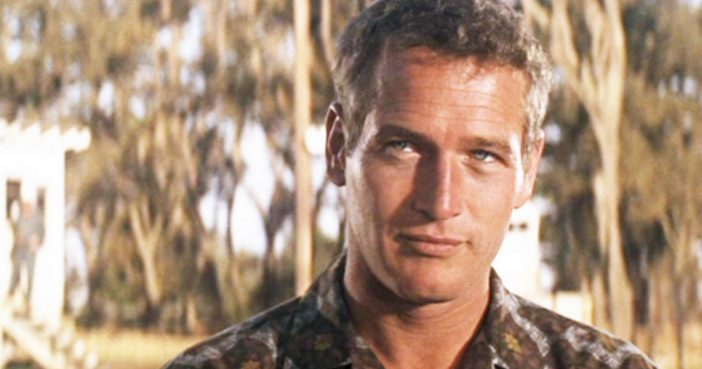 Paul Newman will go down as Hollywood’s great good man.

As American as apple pie and wholesome as kale, Newman maintains just about as stellar a reputation — for his philanthropy, kindness, and acting career — as any A-lister has managed to maintain since Hollywood began.

Now, what do I mean when I say Paul Newman was as American as a cookout on the 4th of July? I mean that when I started thinking about the subject of the American Dream, I decided to play some free word association, and it went a little something like this:

America. Freedom. Independence. Guns. Wild West. War. Movies. Hollywood. Fifties. Diners. Cars. Industry. Business. Family. (And so on.) Then I stopped and tried to think of a movie-related person or thing that summed up all these terms, and one name immediately popped into my head. Considering the title of this article, you can probably guess what that name was.

Unlike a lot of American acting legends who became famous playing heroes embodying American values but by most accounts were far less wholesome off screen (see: Henry Fonda), Newman made his name playing anti-heroes — scoundrels, womanizers, and outlaws — yet off screen, the most scandalous thing about him was usually the relative lack of scandal in his life. Instead, he continued making headlines with his philanthropic work, activism, entrepreneurship, and mid-life adoption of a second career as an IndyCar driver.

But maybe you’re not convinced. Or maybe you are and you love Paul Newman and want to read more. Either way, here are seven specific reasons why Newman embodied American-ness (as for the dreamboat part, just watch any of his films from the ’50s and ’60s)..

Newman might have emerged more near the tail end of Hollywood’s Golden Age, but he was part of it nonetheless.

Just look at this joint audition he did with James Dean:

Not only did Newman star in several highly influential and acclaimed films through his career, which spanned half a century, but on an “American-ness” scale from 1 to 10, his most iconic and enduring roles rank about an 11: Butch Cassidy, Wild West outlaw.

In 1943, Newman enlisted in the US Navy V-12 program, fresh outta high school. His hopes of becoming a pilot were quickly dashed when it was discovered he was color blind, and he was sent to basic training instead, Qualifying as a rear-seat radioman and gunner for torpedo bombers.

He was discharged in 1946 and took home a Good Conduct medal, exactly the way just about every character he ever played wouldn’t.

Newman began a racing career at the age of 47.

He ended it at the age of 83, just a month before his death, with a few laps around a local racetrack in a red, white, and blue Corvette.

In between, he was ranked among the top 25% of racers, and at 70 became the record-holder for oldest driver to place in a professional event after his team took third at a 24-hour race in Daytona, Florida. In the words of Doug Stokes, a racing industry friend of Newman’s, “He was not only a good driver, he was a great driver. Had it gone the other way, he could have been a top pro driver who acted on the side.”

Saving the World with Salad Dressing

In an interview with the New York Times around the time he launched Newman’s Own, initially a salad dressing company that now also makes everything from popcorn to cookies and lemonade and donates all profits to charity, Newman said he got into the salad dressing business because he needed a new “power base.” Why you might ask? Behold:

When Reagan became President. I discovered I had been end-played and that the power base I formerly operated from no longer existed. I realized that to be effective I would have to enter the world of business, and this is it.

You can read up about Newman’s Own and buy the products in many supermarkets (usually featuring Newman’s face in his delightfully dorky, golden-age grandpa-goals period somewhere on the label), but I can not highly recommend enough that you track down this beauty, which features pun-filled pictures of Newman “preparing” various recipes.

It’s a cookbook and an encyclopedia of dad jokes all in one, and my copy easily ranks among my top 10 favorite thrift store finds.

Newman’s marriage to Joanne Woodward is the stuff of Hollywood legend. Just look at this excerpt from an Esquire interview in 2000, when Woodward enters the room:

“This is my lady,” Newman says, introducing us, and the gravel in his voice is gone. His voice is rich and warm and full of joy.

I’m not a particularly mushy person (I laughed my way through The Notebook last week), but photographs of Newman and Woodward together turn me into a puddle of heart-eyed goo.

“Being on President Nixon’s enemies list was the highest single honor I’ve ever received. Who knows who’s listening to me now and what government list I’m on?”

Newman was a liberal Democrat, and he wasn’t afraid to show it. He was on Nixon’s list of enemies (and proud of it, see quote). Newman’s Own has special initiatives geared towards veterans (and we already covered that Newman was a veteran himself), but he was an early and outspoken critic of the Vietnam War.

He campaigned for Eugene McCarthy in 1968, and though he managed to gather a lot more valuable press attention for the senator, the efforts were ultimately unsuccessful. Famed writer Gore Vidal, a friend of Newman’s, suggested he run for Congress himself, but Newman refused to entertain the idea, responding, “I don’t have the arrogance, and I don’t have the credentials.”

Of course, Newman was an actual person. Meaning he had flaws, made mistakes. Being a mere fan, I only know Newman the icon. But nonetheless, it’s safe to assume the real man was much more complicated. His 50-year marriage to Woodward might be one of the closest things Hollywood has to a fairytale, but in the haste to present a picture of happy fidelity, many gloss over the fact that the marriage was Newman’s second. The first, to Jackie Witte, ended in divorce just a year before Newman and Woodward tied the knot.

I’m not a gossip columnist, so I’m not about to speculate about that or any other potentially less-perfect-than-advertised aspects of Newman’s personal life, but just realistically, no one goes through life without screwing some stuff up, no matter how good or great a person he or she may be. Nonetheless, Newman is an all-American icon who has left a lasting legacy impacting everything from supermarkets to the silver screen.

Paul & Joanne on What’s My Line?

Click for next Article
Previous article: Can You Identify the US State?
Next Post: 17 Summertime Pleasures That Take Us Back To Childhood