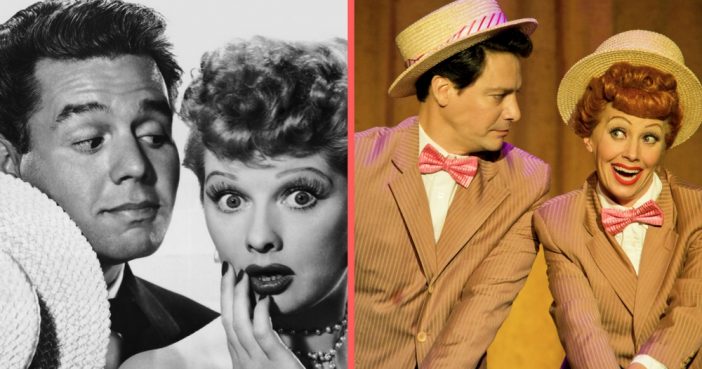 I Love Lucy: A Funny Thing Happened on the Way to the Sitcom, a new comedy from Gregg Oppenheimer (son of I Love Lucy creator-producer-head writer Jess Oppenheimer), will receive its world premiere as part of L.A. Theatre Works’ 2017–2018 season. The lineup also includes The Goodbye Girl, directed by Oscar nominee Marsha Mason, and the national tour launch of Katori Hall’s Olivier Award-winning drama The Mountaintop.

LATW’s season includes seven audio theater productions, each of which is recorded over the course of five performances in front of a live audience for radio broadcast and online distribution.

Mason, who was Oscar-nominated for the 1977 film of The Goodbye Girl, will direct the Neil Simon comedy (January 25–28, 2018). Following this is the world-premiere stage adaptation of George Elliot’s novel Daniel Daronda, directed and adapted by Kate McAll and starring Joanne Whalley (March 15–18).

The audio theater season concludes with the world premiere of Oppenheimer’s I Love Lucy: A Funny Thing Happened on the Way to the Sitcom (July 12–15). The comedy will tell the behind-the-scenes story of how Ball and Arnaz battled a network and a sponsor who didn’t believe the show’s potential.

Additional programming includes a benefit performance of Abby Mann’s Judgment At Nuremberg (September 27, 2017, at the Wallis); and the LATW tour launch of Hall’s The Mountaintop (January 2018).

All regular LATW performances take place at the James Bridges Theater, located on the campus of UCLA in West Los Angeles. To purchase season subscriptions or single tickets, call (310) 827-0889, or visit LATW.org.

I Love Lucy – The Things You Never Knew Happened

Previous article: Josh Brolin Dresses Up As His ‘Goonies’ Character For ’80s-Themed Party
Next Post: Can You Identify the US State?