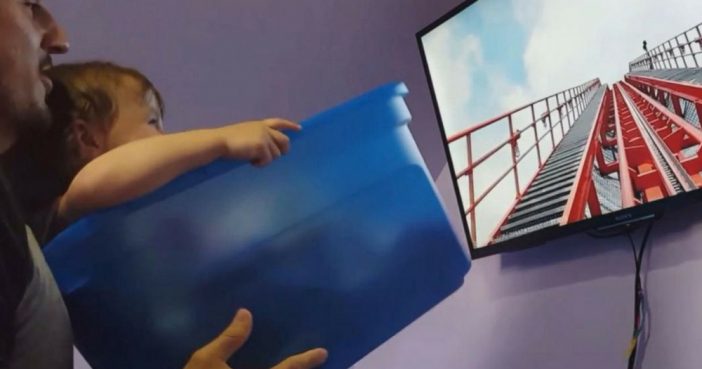 One dad isn’t letting his bank account stop him from creating summer memories with his daughter.

When Victor Peoro couldn’t afford to trek to Disney World in Florida, he got creative. He put on a DVD simulating a roller coaster and placed his daughter, 2-year-old Autumn, in a bright blue bin.

Little Autumn, gripping the side of the bin with her tiny hands, laughed and smiled in delight as her dad simulated the ride.

Peoro posted a video of the two titled “Poor people roller coaster” on YouTube. It’s now going viral, with more than 96,000 views as of Thursday afternoon.

Disney World and ABC News are both owned by The Walt Disney Company.

RELATED: Disney Princesses Then And Now

Previous article: Whatever Happened To The Partridge Family? A Look Back At The Stars Of The ’70s Sitcom
Next Post: 11 Sturdy Facts About ‘Home Improvement’