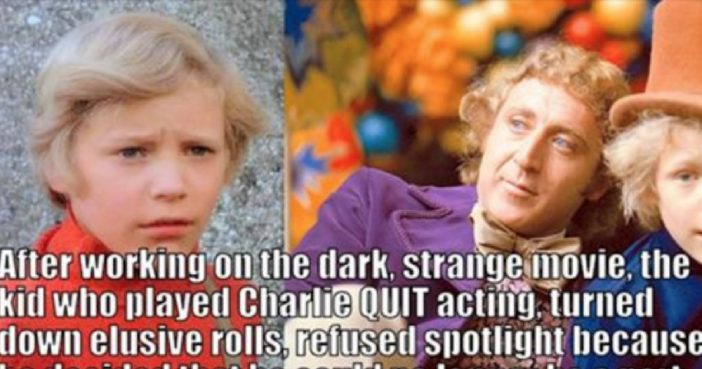 3. Blinded By The Light

Ernst Ziegler, the actor who played Grandpa George, fought in World War I and was nearly blinded by poison gas. Because of this, a red light was used to show him which direction to look during filming.

Denise Nickerson, the actress who played Violet Beauregarde, didn’t want to pick her nose for the movie because she was fostering a crush on Peter Ostrum, the actor who played Charlie. Sigh, young love!