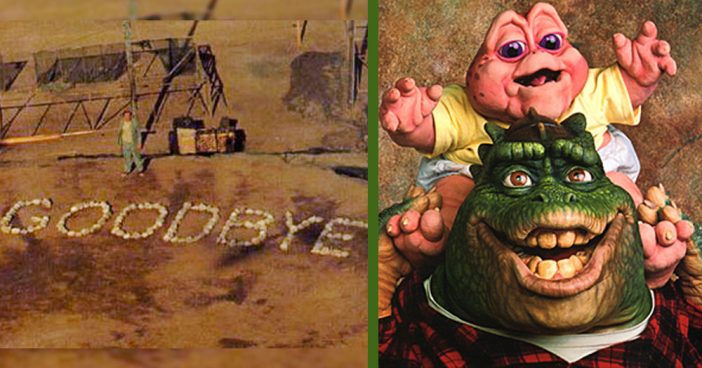 We all loved one or more of these television shows when they aired, but did they leave you the way you would have liked? Some of these last episodes got it right — and some got it very, very wrong…

After ten years of coffee-house meetings, on-and-off romances, and memories both hilarious and heartwarming, the series wrapped up with fans feeling a sense of closure. Ross and Rachel were in it for good, Monica and Chandler had twins, Phoebe was happily married to Mike, and Joey had a new chick and a duck. With new sets of goals all around, the characters seemed ready to move on with their lives, but the same can’t be said for us. Much like Monica’s purple-walled apartment in the final scene, we will always be a little empty without our Friends. —Sandra Gonzalez

No matter how many docs came through County General over the 15 years the show aired, it was the storytelling that made us care so much. That said, the ending gave us what we wanted: a big-scale medical emergency and a chance to say goodbye to favorites we remembered so well. We got to reminisce about Dr. Mark Greene (Anthony Edwards) when his daughter Rachel (Hallee Hirsh) toured the hospital and ended up going out for drinks with some of the cast members who defined the show for us, including John Carter (Noah Wyle), Peter Benton (Eriq La Salle), Kerry Weaver (Laura Innes), Elizabeth Corday (Alex Kingston), and Susan Lewis (Sherry Stringfield). It was the poignant goodbye we wanted. —Abby West

What was your favorite? Maybe it’s NEXT

Page Page 1 of 11
Previous article: Ray Thomas: Moody Blues’ Flautist And Founding Member, Dies At Age 76
Next Post: Firefighters Rush Into Burning House And Find Dog. Let Out Gasp When They Look Under Him